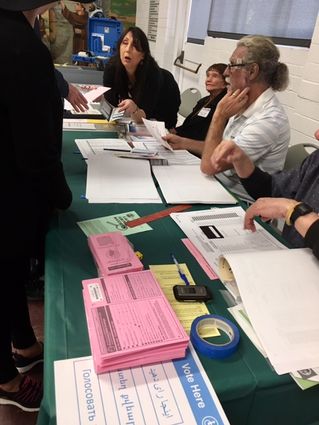 The trial in the voting rights case brought by by former council candidate Maria Loya and the Pico Neighborhood Association against the City of Santa Monica finally began last week. A bombshell dropped in court on Friday Morning.

Plaintiff's attorney Rex Parris told the Court that on Thursday, councilman Tony Vasquez revealed that the City Commissioned a study of voting patterns in Santa Monica, but the City never disclosed that study to Plaintiff's. According to Parris, some city council members then discussed the study outside the closed session.

The the City's attorney, GD&C Partner Marcellus McRae, insisted that no study was ever done, Councilman Vazquez revealed that a study dd to the City Council, as confirmed by the transcript of his recent deposition. A source within the City, speaking on the condition of anonymity, identified the demographer who performed the study for the City -- Karin McDonald at Q2 Data Research of Oakland, California.

In Court on Friday, Mr. Parris said that he would investigate the study and bring the issue to the judge's attention. It seems that the study . by Q2 Data Research, whether it existed, and what it found, will continue to be disputed in court in the coming days.