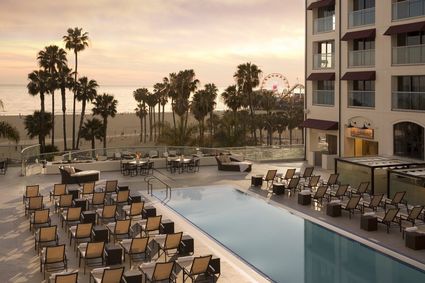 Sunset at the Loews hotel, where you can rent a room starting at just $899 a night.

They charge $800 a night for their smallest rooms, but the Loews Hotel in Santa Monica apparently wasn't paying all their illegal alien labor, the $15 or so an hour the law guarantees them.

After a bunch of employees complained they weren't being paid $15 an hour, "investigator Rudy Saenz of DCBA – contracted to enforce the City's minimum wage law – conducted an extensive investigation and uncovered significant Santa Monica wage related violations at both Loews and Flowers & Hewes. Indeed, some employees were paid as little as $2.86 per hour, well below the City's hotel minimum wage rate of $13.25 as of July 1, 2016 and $15.66 as of July 1, 2017. As a result, Investigator Saenz, in coordination with City prosecutors, administratively charged both Loews and Flowers & Hewes with multiple counts of Santa Monica minimum-wage-related violations."

After being charged, both Loews and Flowers & Hewes immediately copped to every charged wage violation and agreed to pay full restitution to the 23 affected employees (totaling over $12,000), and agreed to pay $9,210 in penalties. It's frankly small money to them, since they charge $800 a night for a small hotel room. 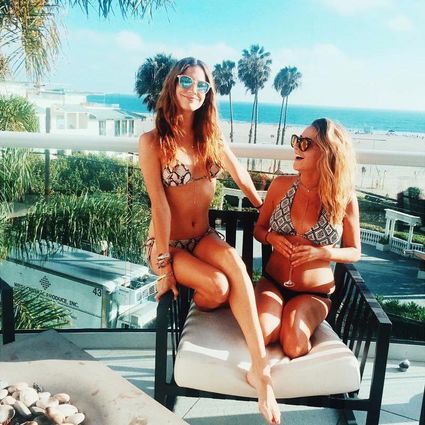 "It is paramount in each of our wage enforcement cases that the affected employees receive full restitution for their back wages and that the employer is educated about the City's wage laws. This case successfully achieved both results," said Chief Deputy City Attorney Yibin Shen. "Combating growing income inequality and improving the welfare of the City's workers are core objectives of the City's minimum wage laws. We look forward to continuing our aggressive education and enforcement with our Los Angeles County wage enforcement partners to ensure that the City's workers, particularly those in low-wage positions, receive fair wages and fair treatment from employers while working in the City of Santa Monica."