Aretha Franklin Dies From Pancreatic Cancer, in Detroit at 76

"Looking out on the morning rain I used to feel so uninspired And when I knew I had to face another day Lord, it made me feel so tired Before the day I met you, life was so unkind But you're the key to my peace of mind." Aretha Franklin: You make me feel like a natural woman.

Aretha Franklin has died of cancer in hospice at 76 years of age. The "Queen of Soul" was surrounded by family and friends as she passed quietly. She will be memorialized at a service on Friday.

While she is remembered for a string of hits in the 1960's, 70's and 80's, younger fans perhaps remember her for singing at the inauguration of Barack Obama on January 20, 2009.

A relative who spoke on the condition of anonymity because the person was not allowed to publicly talk about the topic, told The Associated Press on Monday that Franklin is seriously ill. No diagnosis was provided.

The Queen of Soul canceled planned concerts earlier this year after she was ordered by her doctor to stay off the road and rest up.

Last year, the 76-year-old icon announced her plans to retire, saying she would perform at “some select things.”

Aretha Louise Franklin was born on March 22, 1942 in Memphis, Tennessee, to Barbara (née Siggers) and Clarence LaVaughn "C. L." Franklin. Her father was an itinerant preacher originally from Shelby, Mississippi, while her mother was an accomplished piano player and vocalist.

Alongside Franklin, her parents had three other children, and both C. L. and Barbara also had children from outside their marriage. The family relocated to Buffalo, New York when Franklin was two. Before her fifth birthday, C. L. Franklin permanently relocated the family to Detroit, Michigan where he took over the pastorship of New Bethel Baptist Church. Franklin's parents had a troubled marriage due to stories of C. L. Franklin's philandering and in 1948, they separated, with Barbara relocating back to Buffalo with her son, Vaughn, from a previous relationship.

Aretha Louise Franklin began her career as a child singing gospel at New Bethel Baptist Church in Detroit, where her father, C. L. Franklin, was minister. In 1960, at the age of 18, she embarked on a secular career, recording for Columbia Records but only achieving modest success. Following her signing to Atlantic Records in 1967, Franklin achieved commercial acclaim and success with songs such as "Respect", "(You Make Me Feel Like) A Natural Woman", "Spanish Harlem" and "Think". By the end of the 1960s she had gained the title "The Queen of Soul". https://en.wikipedia.org/wiki/Aretha_Franklin

Contrary to popular notion, Franklin's mother did not abandon her children; not only would Franklin recall seeing her mother in Buffalo during the summer, Barbara also frequently visited her children in Detroit. Franklin's mother died on March 7, 1952, before Franklin's tenth birthday. Several women, including Franklin's grandmother Rachel, and Mahalia Jackson took turns helping with the children at the Franklin home.[8] During this time, Franklin learned how to play piano by ear.

Franklin's father's emotionally driven sermons resulted in his being known as the man with the "million-dollar voice" and earning thousands of dollars for sermons in various churches across the country.

Aretha Franklin eventually recorded a total of 112 charted singles on Billboard, including 77 Hot 100 entries, 17 top ten pop singles, 100 R&B entries and twenty number-one R&B singles, becoming the most charted female artist in the chart's history. Franklin also recorded acclaimed albums such as I Never Loved a Man the Way I Love You, Lady Soul, Young, Gifted and Black and Amazing Grace before experiencing problems with her record company by the mid-1970s.

After her father was shot in 1979, Franklin left Atlantic and signed with Arista Records, finding success with her part in the film The Blues Brothers and with the albums Jump to It and Who's Zoomin' Who?.

In 1998, Franklin won international acclaim for singing the opera aria "Nessun dorma", at the Grammys of that year replacing Luciano Pavarotti. Later that same year, she scored her final Top 40 recording with "A Rose Is Still a Rose". Franklin's other popular and well known hits include "Rock Steady", "Jump to It", "Freeway of Love", "Who's Zoomin' Who", "Chain Of Fools", "Something He Can Feel", "I Knew You Were Waiting (For Me)" (with George Michael), and a remake of The Rolling Stones song "Jumpin' Jack Flash".

Franklin has won a total of 18 Grammy Awards and is one of the best-selling musical artists of all time, having sold over 75 million records worldwide. Franklin has been honored throughout her career including a 1987 induction into the Rock and Roll Hall of Fame, in which she became the first female performer to be inducted. She was inducted to the UK Music Hall of Fame in 2005. In August 2012, Franklin was inducted into the GMA Gospel Music Hall of Fame. Franklin is listed in at least two all-time lists on Rolling Stone magazine, including the 100 Greatest Artists of All Time; and the 100 Greatest Singers of All Time.

In January 1961, Columbia issued Franklin's first secular album, Aretha: With The Ray Bryant Combo. The album featured her first single to chart the Billboard Hot 100, "Won't Be Long", which also peaked at number 7 on the R&B chart. Mostly produced by Clyde Otis, Franklin's Columbia recordings saw her recording in diverse genres such as standards, vocal jazz, blues, doo-wop and rhythm and blues. Before the year was out, Franklin scored her first top 40 single with her rendition of the standard, "Rock-a-Bye Your Baby with a Dixie Melody", which also included the R&B hit, "Operation Heartbreak", on its b-side. "Rock-a-Bye" became her first international hit, reaching the top 40 in Australia and Canada. By the end of 1961, Franklin was named as a "new-star female vocalist" in Down Beat magazine. In 1962, Columbia issued two more albums, The Electrifying Aretha Franklin and The Tender, the Moving, the Swinging Aretha Franklin, the latter of which charted at number 69 on the Billboard Pop LPs chart. 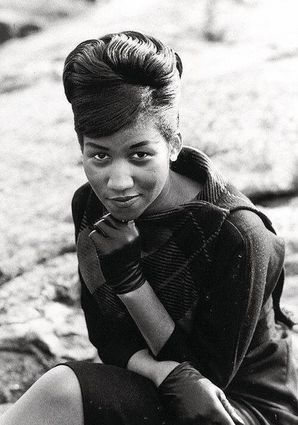 By 1964, Franklin began recording more pop music, reaching the top ten on the R&B chart with the ballad, "Runnin' Out of Fools" in early 1965. She had two R&B charted singles in 1965 and 1966 with the songs "One Step Ahead" and "Cry Like a Baby" while also reaching the Easy Listening charts with the ballads "You Made Me Love You" and "(No, No) I'm Losing You". By the mid-1960s, Franklin was netting $100,000 from countless performances in nightclubs and theaters.

Also during that period, Franklin appeared on rock and roll shows such as Hollywood A Go-Go and Shindig!. However, it was argued that Franklin's potential was neglected at the label. Columbia executive John H. Hammond later said he felt Columbia did not understand Franklin's early gospel background and failed to bring that aspect out further during her Columbia period.

My prayers go out for Atetha she sick with terminal Cancer dying but not Dead yes ppl online should Get the story correct again So everyone can truth not false things that put out online by ppl again please say truth not lies?Again my prayers are going out for Aretha very sad how media gets things blown out of proportion again get facts rights you guys ok thank you

Samuel Alioto, you're a despicable vulture. Aretha Franklin did not die on Monday and you know it. You deliberately deceived to get attention to your story. GHOUL! LIAR!

Donkey of the day award goes to Santa Monica Observed 👏🏼 Got her birthday AND date of death wrong!!! Most importantly she's not dead. Hey

She has not passed. She was not born on March 22, nor was she born in 1946. At least you got the month right, if nothing else.

Miss Franklin is very ill but she has NOT passed away. Please stop lying.

Maybe you should check your facts.