Suicide inadvertently leads to decapitation, according to multiple posts on Social Media 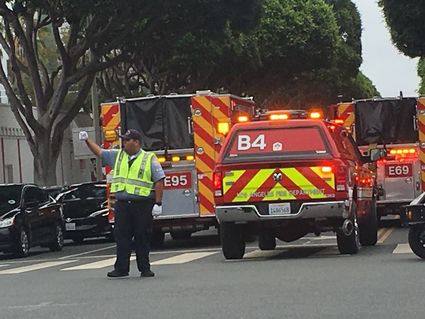 9/5: It was a grim reminder of how badly wrong things can go when they go badly wrong. 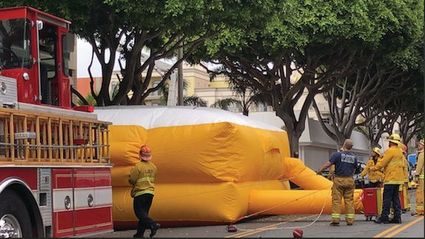 Unrelated incident around the block involved a tree jumper.

A man attempting to kill himself by leaping from Parking Structure 4 near Arizona and 2nd St., somehow managed to decapitate himself on the way down. Santa Monica police have apparently found the headless body in one part of the parking structure, and the head someplace else.

This is a developing story and presumably an SMPD press release will no doubt be forthcoming. The police have blocked off Second Street from Santa Monica Blvd to Wilshire, which would have been blocked off this morning anyway due to the weekly Farmer's Market. This on Wednesday afternoon, during the 2 pm hour.

In an unrelated incident that took place on 5th Street and Santa Monica Blvd on Wednesday afternoon, first responders talked a man out of jumping out of a tree. "Kudos to @santamonicafd @SantaMonicaPD @LAFD for successfully getting the man holed up a big tree on 5th st to jump down safely on to an inflatable pad. Reminded me of something you'd expect to see in CHiPs not in real life!" tweeted David Murphy