Bernie Sanders is Clearly Running for U.S. President in 2020. And the Nomination is his to lose.

As Democratic party lurches to the Left, Populism fueled Sanders Campaign zeroes in on the nomination 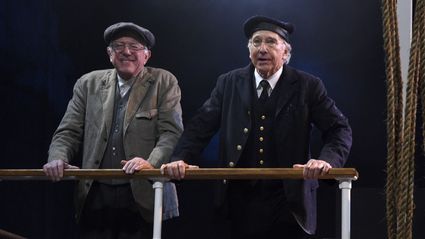 Larry David and Bernie Sanders on Saturday Night Live in 2016

I suppose it is the elephant in the room of national Democratic Politics. Cheated out of a nomination that should have been his but for a rigged process in 2016, Sen. Bernie Sanders remains enormously popular with rank and file Dems as well as the donkey fund raising class.

He is 74 years of age and will be 76 on inauguration day in January 2021. But Sanders is the beneficiary of the Ashkenazi longevity gene, His age will not bar him from competing against populist President Donald J. Trump, who after all is just 2 years Sanders' junior.

On Monday, Sanders stepped up his criticism of Amazon owner Jeff Bezos, reprising the income inequality themes that fueled his 2016 presidential run. Speaking at the annual AFL-CIO New Hampshire breakfast, continued his feud with the business titan, saying Bezos is growing richer while many of his employees struggle.

"I am uncomfortable when one person, wealthiest-guy-in-the-world Jeff Bezos, watches his wealth increase today by $250 million," the Vermont senator told about 350 of the state's political and labor union elite. "But there are thousands of workers who are employed by him that are earning wages so low they are on food stamps, Medicaid, and subsidized housing.

Those of us who have watched US Politics for a while, know that the presidential election cycle will start as soon as the vote totals from the November 2018 midterms have been counted. Anyone who listed to CNN, NBC, FoxNews or MSNBC knows that populism propelled the billionaire Trump to power. 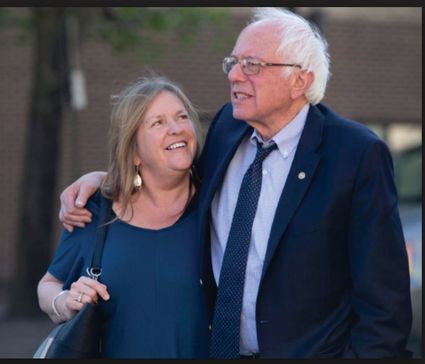 Is Uncle Bernie really so much more improbable? He and the President agree on many issues, starting with their lack of love for Amazon. The online behemoth has now entered all ten US fields where gross receipts exceed $1 trillion. From home delivery of groceries to online sales of shmatas, Amazon is everywhere. And the old Jew from Brooklyn may be just the one who cuts Amazon down to size--along with Google, Apple, Uber and anyone else who has used the internet economy to create a vertical or horizontal monopoly.

Bernie Sanders' wife, Jane Schilling, dismissed a 2020 White House bid recently. It reminded me of the way that Bill Clinton dismissed Hillary's 2016 campaign, in 2013. "She wants to be a grandmother more than she wants to be President," said Bill, like most politicians, a master of saying the opposite of what was true.