Show Pony: a Comedy Addresses Issues if Sexism and Racism 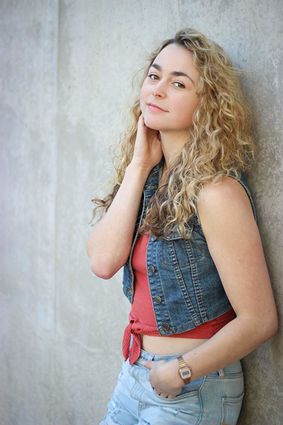 It all begins in the boardroom of a large advertising agency in New York City. One by one women show up expecting to put the final touches on a major presentation to be presented the following Monday. A successful pitch will be a big boost for the ad agency. First on scene is Tara [Sionne Elise] who begins readying the conference room by putting out note pads and pens.

Then arrives Sam [[Lizzy Kimball] a wise cracking contrarian who immediately undoes the work of Tara as they begin exchanging thoughts about the work being done at the ad agency. Other employees are introduced.

There is Destiny [Bianca Lemaire], Patricia [Elle Vernee] and Omolola [Krystal Roche] and between them the conversation intensifies. As they share their thoughts it becomes clear that they truly want the presentation to be a success on the one hand and on the other hand none of them are all that pleased with their position in the clearly male dominated company. But what to do about it, and what should they about the fact that the men who were supposed to be at their office for a critical meeting about the upcoming presentation never show up?

One thing that happens is Tara develops a pitch of her own. Her goal is not to rewrite the current presentation but only to add what she believes to be an excellent enhancement to the overall pitch. As all of this takes place the tension continues to mount in the absence of the male leadership of the company and there emerges a clear sense that none of these women are all that happy with their positions within the firm. Much of the dialogue is both passionate and humorous but there is also a serious thread. Finally their meeting ends and it is intermission leaving me wondering: "Well OK this is fun but where is it going?"

Then begins Act Two with Walker [Marshall McCabe] in his hotel room in Miami, Florida. He is having difficulty with his clothes and his luggage has yet to arrive.

The presentation has been made and he is awaiting the decision of the prospective client and he is very upset. Against the established protocol and to the deep dissatisfaction of Walker, Tara took the liberty of presenting her own ideas at the meeting. Walker is convinced the by doing that she has killed the deal. Is that what happens?

Gradually the other women arrive at Walker's room and in one case, Destiny, it turns out there is a bit more than simply a working relationship. It also becomes evident that Walker's ardor is significantly greater than that of Destiny. With all of the woman on board the conversation becomes ever more intense. Walker holds to his belief that by stepping beyond her place Tara has killed the deal.

Others have a different opinion. In fast it becomes evident that amongst the women there is a growing dissatisfaction with their position within the ad agency, but what might they do? And that folks is where it gets really interesting. The final outcome is at once joyous and shocking.

The show was meant to be funny and it achieves that goal. But it also in some interesting ways it addresses issues of sexism and racism. It does so in my view in a manner that is interesting and informative but not preachy. Overall the entertainment value of "Show Pony" is high and well worth your time. 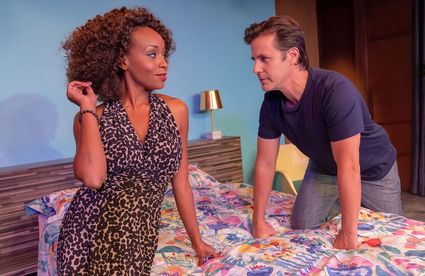 "Show Pony" is at The Victory Theatre Center, 3326b W. Victory, Burbank, California now through November 18th 2018. For showtimes, reservations and ticket you may call 818-841-5421 or go online at: http://www.thevictorytheatrecenter.org.

For a good read visit: http://www.ronirwin.net/BooksbyRon.ht