Returns Over $3 Million To School 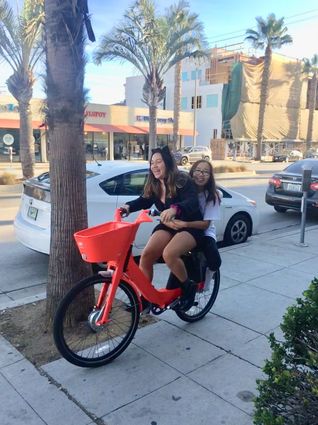 Costa Mesa, CA: A private nursing school in Costa Mesa that was fighting back against a federal investigation based on allegations of financial-aid fraud, prevailed yesterday when the United States Attorney's Office officially declined to prosecute Pacific College, its owners or employees.

Moreover, the government, which in October 2017 had seized over three million dollars in connection with the investigation, dismissed its civil forfeiture allegations and agreed to return all of the money previously seized, according to the U.S. District Court, Central District of California's records.

The investigation was originally triggered by a whistle-blower, who, according to court filings by Pacific College, was likely a disgruntled employee.

Eliot F. Krieger of SKT Law, counsel for one of Pacific College's owners, commented that "after a complete and comprehensive investigation that stretched for an entire year, Pacific College has been exonerated. The allegations were always completely unfounded as there was never any wrong-doing, and the College is gratified that the federal government now understands that."

James W. Spertus of Spertus, Landes & Umhofer, who represented another owner, noted that "the College worked hard to show the United States Attorney's Office that the College goes above and beyond federal requirements to ensure that its students meet the highest standards for advancing through the curriculum and has done everything right to ensure the highest quality education for its students."

Approximately one year ago, the federal government executed a search warrant at Pacific College and seized thousands of documents based on whistleblower allegations. Federal authorities also seized more than $3 million in bank funds and currency in connection with the investigation. These funds are now being returned to the College. Thomas Brown, of Brown White & Osborn, an attorney associated with the school, noted that just the fact that there was a federal investigation greatly hurt the College. "There were several organizations that decided not to send their students to the school due solely to the fact that there was an investigation, despite the fact the College has some of the highest passage rates state-wide for the nursing exam. I think people were concerned about the viability of the College after the government seized $3 million. Fortunately, with the investigation over and the money returned, the College can go back to business as usual."

During the investigation, the Department of Education stopped sending the school millions of dollars in financial aid for students that it owed to the College. Terree Bowers, an attorney for the school, stated that "with the investigation being over, we are working on getting the DOE to send the money to the College that is properly owed for student tuition. Now Pacific College can continue to prepare current and new students for successful careers in nursing."

Pacific College was formed in 1993. The College operated a satellite school on the campus of California State University Long Beach for nine years. The main campus is located in Costa Mesa, with satellite campuses in Commerce and Ontario and online-based, distance-learning program. Pacific College is one of the few private schools in California to offer a WASC accredited Associate of Science Degree program in Vocational Nursing. Other programs offered at Pacific College include Bachelor of Science in Nursing, Bachelor of Science in Health Care Administration, and Family Nurse Practitioner.