Bitcoin Falls Below $3700, as US Dollar Rises, Bitcoin Cash Forks

With no central organization to back it, skepticism has driven Bitcoin down 34% in 7 days 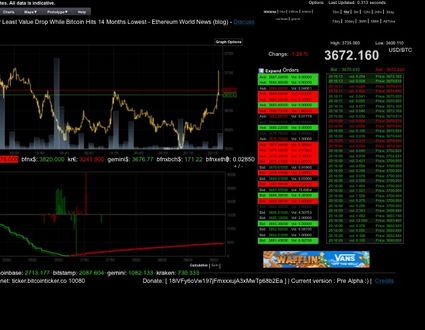 As the US Dollar rose abroad, and another approaching fork for Bitcoin remains, Bitcoin fell below $4000 for the first time in 15 months. The fork in Bitcoin Cash, which forked off from Bitcoin itself six months ago, appears to be frightening investors. This even though said fork does not affect Bitcoin directly.

Plus there is the increasing determination by governments to crack down on what they clearly see as a threat to their own power.

Beginning in 2018, there has been a large sell-off of cryptocurrencies. From January to February 2018, the price of Bitcoin fell 65 percent, and by the end of the first quarter of 2018, the entire cryptocurrency market fell by 54 percent, with losses in the market topping $500 billion. By September 2018, the MVIS CryptoCompare Digital Assets 10 Index had lost 80 percent of its value, making the decline of the cryptocurrency market larger than the bursting of the Dot-com bubble in 2002

The U.S. Commodity Futures Trading Commission has issued four "Customer Advisories" for bitcoin and related investments. A July 2018 warning emphasized that trading in any cryptocurrency is often speculative, and there is a risk of theft from hacking, and fraud. A February 2018 advisory warned against investing an IRA fund into virtual currencies.

The European Banking Authority issued a warning in 2013 focusing on the lack of regulation of bitcoin, the chance that exchanges would be hacked, the volatility of bitcoin's price, and general fraud.

The self-regulatory organization FINRA and the North American Securities Administrators Association have both issued investor alerts about bitcoin.