"The City's at-large election system is fair, inclusive, and fully complies with California Law"? Not even close, Santa Monica 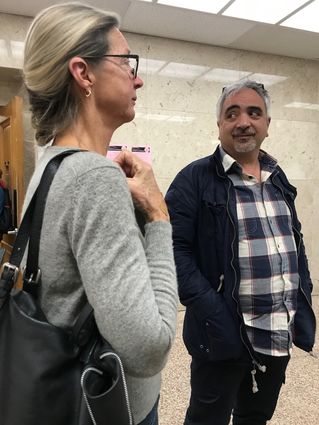 Armen Melkonians at the LASC Courthouse.

Update, My Take, and My Analysis on the California Voter Rights Act (CVRA) post-trial hearing that was held in Judge Yvette Palazuelos Courtroom on Friday December 7th to discuss proposals for remedies in legalizing Santa Monica's illegal at-large election system; or in other words abandoning the at-large based election system and implementing district-based elections.

No decision was made by the Judge on Friday. The City's attorneys tried to sneak in a re-argument of the merits case, while also mentioning the word "appeal" at least several dozen times. The Judge said she had already decided on the merits and found that the City must abandon the illegal and discriminatory at-large election system. She said that she wanted to make it clear that she was not there to re-try the case but rather to discuss "proposals" for remedies from both sides.

In their brief, and in oral arguments, the plaintiff's attorneys presented a proposal for a swift and precise remedy. They requested that the judge order a special (district based) election with seven districts to be held on April 16, 2019 for all seven city council seats. The districts would consist of those that were prepared by the plaintiff's expert demographers and submitted to the Court as exhibits together with expert testimony during the trial. Kevin Shenkman, the plaintiff's attorney argued for a "proposal" for a district map intended to right the wrongs which were at issue in the six-week CVRA trial that cost tax payers more than an estimated $10 million to date.

The plaintiff's "proposal" also requested that the judge order an injunction prohibiting any person who is not elected through a district-based election system from serving on the Santa Monica City Council after May 14, 2019. Plaintiff's argued that this prohibitory injunction would not survive a stay during an appeal and while the City has the legal right to an appeal, they "do not have the right to suspend democracy while this case works its way through the lengthy appellate process."

The City, on the other hand began its brief with the following:

"The City of Santa Monica maintains that no remedy is appropriate here because, as the overwhelming evidence showed at trial, the City's at-large election system is fair, inclusive, and fully complies with California Law."

Did the City just open with "SCREW the Judge, the legal process, the 2-1/2 years of pre-trial preparation, the six-week long trial, the experts' testimonials, the depositions, and the Judge's ruling on the facts of this case, because we, the City of Santa Monica's Seven Council Members, know better." - Arrogance to say the least.

The Judge obviously seemed a little miffed at this.

The Judge, had to ask them to point her to where in the brief, she could find such a proposal for remedies. They then directed the Judge to Page 12, where they supposedly discuss a legislative fix which they (erroneously) argued is required by the California Elections Code and gives the City Council control over the entire process.

So, Why do I say this is a misdirect or a magic trick? It's a little involved, but I will explain below in a bit.

First, let me say that the City's slick $2,000+ an hour hired attorneys were masterful in their misdirect. Upon first presentation, they were even able to confuse the Judge with their slight of mouth misdirect. At least in the Courtroom, their magic trick seemed to work enough to have the effect to delay the judge from issuing her ruling in favor of the Plaintiff's proposal right then and there. Ultimately, the Judge said she would consider both sides under advisement, in other words, she would need a little time to come up with her final ruling on the the fix.

This being said, I have no doubt that Judge Palazuelos will see through this cunning magic trick and slight of mouth while considering both "proposals" under advisement.

My prediction is that she will ultimately rule for the Plaintiff's proposal in this case, adopt the Seven Member Council Map already submitted as evidence as the official district map, order a mandatory special district election sometime around April 16, 2019 and prohibit any council member not elected by a legal district election from serving on City Council 30-days after the mandated special election date.

The City's Magic Trick – or slight of mouth misdirect, as I call it, consisted of the following.

"This section applies to, but is not limited to, a proposal that is required due to a court-imposed change from an at-large method of election to a district-based election."

So, if you are following, the Magic Trick or slight of mouth mis-direct happened right around here.

The City's slick attorneys kept re-reading the part of Section 10010 (a) which says "Shall do all of the following" followed by re-reading Section 10010 (c). The City's attorney was masterful. He just kept repeating these and simply drew a connection by doing so. He argued that the City should control the process. That the process was given to them in the Elections Code, that the legislature intended the process to apply here and that the legislature made it easy for the Judge to let the City Council Control the process

The City's attorneys even had the chutzpah to argue that it was the only democratic thing to do. And that argument came after fighting the CVRA lawsuit, insisting that they were still right in doing so even after the Judge ruled they were not, giving the judge zero credibility in trying the case on its merits and facts, and even actually arguing that the CVRA is unconstitutional at times (an alt-right viewpoint).

But still, somehow, the City is interested in a democratic process - Yeah Right!

The City's attorneys argued it was a clear-cut case here. They argued that the Judge had no authority over these election code sections.

The judge did not agree. She asked the City's attorneys about the legislative history of these specific California Elections Code sections as they related to the CVRA.

The City's attorney said some stuff about public process, etc, etc, democracy, (stuff they don't believe in really.) But they did not present the whole truth. Probably because they did not know the real answer, but mostly because they really want to control the process, they want to delay it, and then they want to have full control again, should they exhaust all appeals available. In other words, they still want to circumvent the CVRA, which is exactly what the Judge does not want.

So, here is where I have faith in Judge Yvette Palazuelos in catching the misdirect.

First, when the Judge asked about the legislature's intent, this meant that the law seemed ambiguous to her. She was having trouble (as was I) reconciling how the City who just fought the CVRA lawsuit tooth and nail, and then did not even admit to any wrongs after being found liable, was arguing that the legislature's wisdom somehow included having the City Council control the process in the fix. This just seemed wrong on its face.

I could see the legislature wanting a public process if the City originally agreed to switch to district elections willingly without a lawsuit going all the way to a Court ruling. Only then, would this public process insure that when the City switches to district based elections, it creates districts in an open setting so that they could not thwart the intention of the CVRA. In other words, so that Cities do not create districts that would have the same effect in diluting minority votes that the at-large election system had, but this time under the guise of complying with the CVRA. That was the intent of the legislature.

But this is not the case in Santa Monica. But rather, it is quite obvious that the City Council now wants to control the process of district elections, in order to thwart the CVRA. A shameful and transparent plea to the Judge.

Well, here are some things that I found.

Thus clearly, the SHALL part of the Section 10010 (a) would not be a requirement under a Court Ordered remedy that favored the plaintiff's proposal after the liability against the City has been established as a matter of law. The shall part of Section 10010 (a) would only apply if the City willfully agreed to switch to district based elections prior to the establishment of liability in favor of Plaintiffs under a Court's jurisdiction. That only makes sense and would seem to follow the legislatures intent. 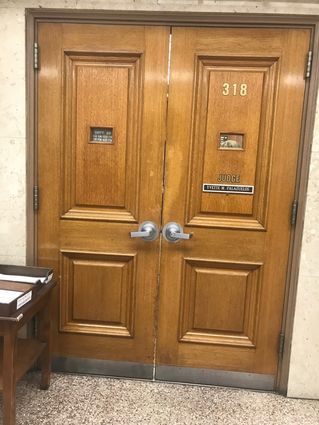 Additionally, in taking the view that the Judge must put control of the process in the hands of the City of Santa Monica's City Council Members, and follow the SHALL part of Section 10010 (a), this would mean that the City Council would ultimately have the authority to "defeat the ordinance" by voting 4-3 against the ordinance establishing district-based elections. This clearly could not have been the intent of the legislature when they enacted either AB1440 or AB 350 both meant to strengthen the CVRA and not weaken it. It would literally make no sense for a CVRA lawsuit to prevail in Court, then the judge be required by the Legislature to send the fix to the City Council, who could then ultimately reject the fix through this legislative code section. The only thing I can add is what the hell were they smoking while making this argument.

Special District Elections are Coming to Santa Monica in the first half of 2019 and as early as April 16, 2019 and the Plaintiff's Seven District Map is going to stick.