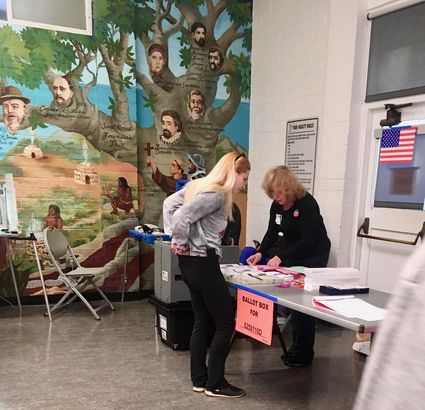 A Superior Court judge ruled Wednesday that the City of Santa Monica should hold a special election and all future elections for council members by district rather than at large. The hearing regarding elections was held by the request of plaintiffs Maria Loyo and the Pico Neighborhood Association in order for Judge Yvette M. Palazuelos to clarify her tentative ruling from December 14.

In that ruling, Palazuelos had decreed all future city council elections to be held by district "in accordance with the map attached hereto." The map, provided by the plaintiffs, only delineated one district, that of the Pico neighborhood.

At Wednesday's hearing, Palazuelos gave the City the opportunity to draw the six remaining districts. But the City declined to do so until they had exhausted all possible appeals to the underlying district-based voting decision. With the City thus abdicating their opportunity to take part in drawing districts, the judge ordered them to use the seven-district map that had previously been submitted by the plaintiffs. She further ordered special elections to occur via this districting map.

Plaintiffs must submit a statement of decision to the judge today. The City, as defendant, has 15 days to object. Once the plaintiffs respond, the court will enter a final judgment.

The plaintiff's lead attorney, Kevin Shenkman, released a statement praising Palazuelos's ruling. "We are pleased with the court's decision to replace the City's at-large election system with the remedial seven-district map developed by renowned districting expert, David Ely, and to do so promptly through a special election for all seven council seats."

David Ely is the demographer hired by the plaintiffs to construct a proposed districting map. But Shenkman claimed that the plaintiffs would prefer the City to draw input from residents regarding the drawing of districts. "We remain disappointed that the City continues to prevent the people from having input into the precise district boundaries and instead left that task for the Court."

The City's attorney, Lane Dilg, released her own statement regarding Palazuelos's decision. "We are deeply concerned by the change in the court's tentative ruling this morning." After claiming that "Latino-preferred" candidates have been elected "a vast majority of the time" under the current system, Dilg went on to criticize the selection of the plaintiffs' submitted map. "...The plaintiffs' proposed seven-district map was drawn behind closed doors by a hired expert for the plaintiffs with input from only a small number of residents and would likely diminish rather than enhance Latino/a voting power in Santa Monica."

Though the City had been given the opportunity by Judge Palazuelos to draw their own map and had declined, Dilg was unhappy that the judge had then decided elections should be held via the plaintiffs' map. "...Districts should be drawn with the broad community participation required by the California Elections Code." 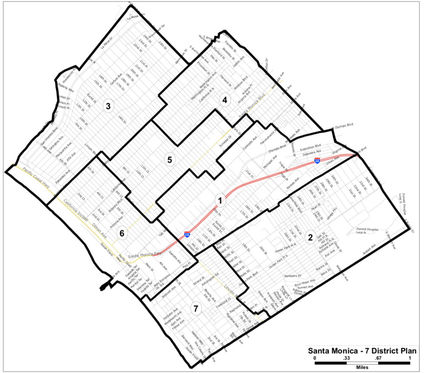 Judge Palazuelos ordered special elections to be held, but she did not give a timetable for that to occur. Meanwhile, it appears likely the City will appeal the entire matter. It is unclear, however, by what rationale the city government can justify spending public money on court procedures that have been judged contrary to the public interest.