Jeff Bezos said: "Alexa: Get me a Victoria's Secret Model." 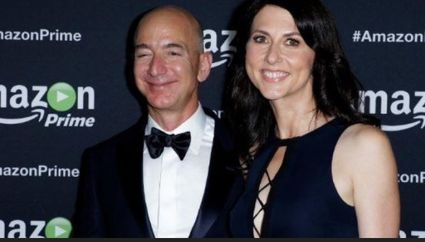 Jeff and MacKenzie Bezos at an Amazon awards ceremony

Now why would the richest man in world history leave his wife and 4 children? For a good friend's wife, that's why.

Numerous sources report that Jeff Bezos had a long time affair with a married woman named Lauren Sanchez, a judge on "So you think you can dance." See for example, https://www.ccn.com/jeff-bezos-affair-with-married-lauren-sanchez-puts-worlds-largest-fortune-at-risk/ 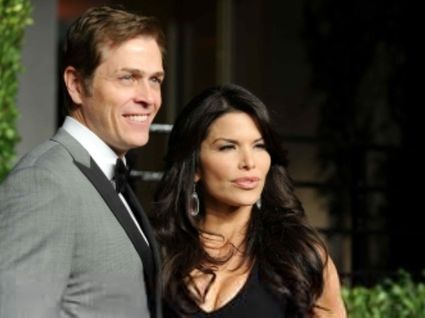 It's nice to know that the world's richest man, with a fortune of around $140 billion, would pay half of his money to, shall we say, capture the spirit of a woman whom he is enamored with.

Lauren Sanchez is a hot tamale. But is she worth $70 billion? Is this a romantic story, or something else?

"You would think with $150 billion bezos could do a lot better than Lauren Sanchez -- a supermodel or at least a Victoria's Secret model," said one blogger.

The timing of the hook up coincides with Bezos' initial separation from his wife MacKenzie. An earlier report about the Bezos divorce, CCN wondered if Jeff Bezos and his wife MacKenzie had used a prenuptial agreement when they were married in 1993. Perhaps unfortunately for Jeff, they did not, TMZ reports.