Drenched in rain, SM City Council voted to approve a 9 percent hike in water rates. Why? 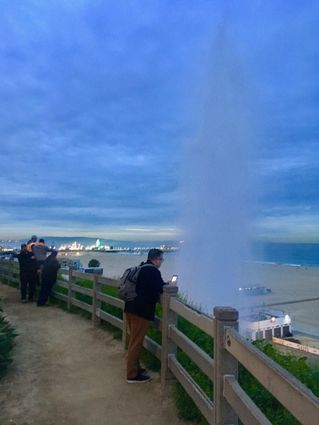 A geyser of water rises 200 feet above PCH after a traffic accident sheared in fire hydrant. Despite record rain and snow, the SM City Council nevertheless raised rates.

By January 8, when the City Council voted to increase water rates in the city, there had already been well-above-average rainfall throughout California. To date, California has received 18 trillion gallons of rain this season. This is nearly half the volume of Lake Tahoe.

However, the Santa Monica City Council voted to approve city staff's recommendation for a 9 percent hike in water rates. This increase is estimated to raise the monthly bill for single-family home by $4.33. Multi-family homes, supposedly more efficient, would see a larger increase, of an estimated $10.06 per month. Commercial customers will have to pay an estimate $21.19 more per month.

The water rate increase is part of a plan begun in February of 2015 to increase water rates by 9 percent every year over five years. The council ended up reducing these increases to only 5 percent for the years 2016, 2017, and 2018. This wasn't because there was more water in those years, but because the financial end of the business performed better than expected.

Nor is this year's increase related to a shortage of water. With rainfall at LAX at 163 percent of normal, even the City Council could not argue a drought. Rather, the staff presented three reasons for the hike, all allegedly going toward creating "water self-sufficiency" for the city.

2. Purchase of a new groundwater well

3. Annual replacement of water mains that have hit the 100-year mark

The stated goal is to reach water self-sufficiency through " a combination of conservation, alternative/recycled water supplies, and new potable water production and treatment."

It should be noted that while the city staff and elected leaders talk about "conservation" and using "alternative/recycled" water, they are not talking about restricting the amount of new development that will cause an additional load on the water system. Projects currently pending with developer agreements add up to 2.7 million square feet of new construction. Pending Architectural Approvals add up to 500,000 sf. All of this will most certainly draw on the supply of water.

Rather than look to cleaning up their own house in January, members of the City Council cited the need to protect the environment by importing less water. Councilmember Terry O'Day claimed that imported water uses more energy to produce, particularly because of pumping water over the Tehachapi Mountains. Other Councilmembers cited the fear of an interruption in water service should there be a big earthquake that might disrupt aqueducts transporting water from Northern California. They rather conveniently forgot that the last big earthquake in 1994 involved a previously unknown fault running directly under Santa Monica. An earthquake is as likely to interrupt local water as that from distant places. 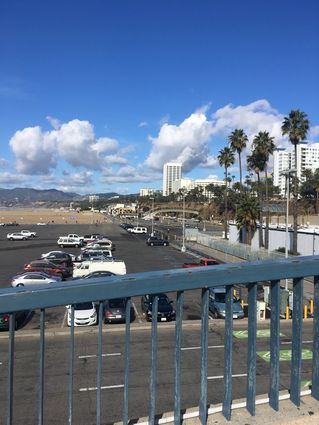 As if understanding that few of their arguments were going to appease residents hit with the new, higher rates (a total of 33 percent over 2014), staff and council pointed to the water rates in the neighboring cities of Los Angeles and Beverly Hills. Supposedly, they average more than the rates in Santa Monica.

In a final plea for understanding, O'Day made the cheerful claim that "once the city is self-sufficient, the water prices will drop even lower." Meaning, lower than neighboring cities, not lower than they have been.

In the end, it is impossible to ignore the new steel and wood structures going up all over Santa Monica - with the promise of millions of square feet more to come. If the city wants to become water self-sufficient and conserve, it is not moving in the right direction.