The suspect was safely taken into custody - and we don't have to be bothered with knowing who he is, where he came from, or why 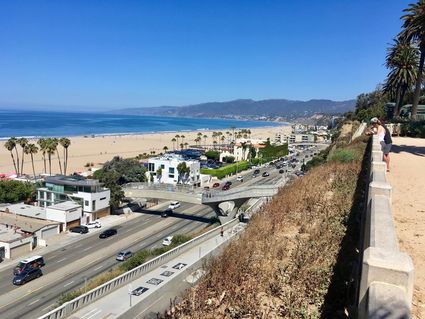 Pricey homes on PCH in Santa Monica are apparently, also a magnet for the mentally ill

On Monday around 1:00 pm, a small house fire in the 1300 block of the Pacific Coast Highway closed all southbound lanes and the number one northbound lane. Around the same time, police were called for a suspected house break-in. The suspect was seen fleeing to the roof of a building adjacent to the fire. The police managed to talk the suspect off the roof and take him into custody. Meanwhile, the Santa Monica Fire Department put out the fire, which is described as minimal. Saul Rodriguez of SMPD describes the suspect as homeless. His name has not been released to the public.

All's well that end's well. Right? The fire was extinguished. The suspect was safely taken into custody - and we don't have to be bothered with knowing who he is, where he came from, or why he thought to start a fire in a home into which he'd managed illegal entry.

Being mentally ill or strung out on drugs are not crimes, either. We heartily believe people suffering from mental illness or drug addiction - or both - are objects of compassion who need and should receive whatever care and protection we can give them.

People suffering from such diseases should not be roaming the public streets, a danger to themselves and, very clearly, to others.

It is time to make a distinction between a person simply being too poor to have a home and a person who is an extreme antisocial nuisance or positive danger to the public. The latter is something that should not be on our streets. Period.

It's not okay to use the public parks as a site to shoot drugs. Illegal drugs are illegal for a reason. They are dangerous and promote dangerous behavior. Used needles pose a public health hazard, as do the people who've injected such drugs. People who engage in this activity should be removed from the parks and streets and kept out.

It's not okay to use the public sidewalk or other people's private property as a toilet. Not only is this simply disgusting, but it also poses obvious and serious public health hazards. Just a few of the diseases that can be transmitted this way: cholera, dysentery, hepatitis A, rotavirus, norovirus, salmonella, e. coli... Should I go on? Does anybody actually need to be convinced? This should not be tolerated.

It's not okay to fornicate in public. The society in which we live, and in which most of us want to continue to live, considers this disgusting and antisocial behavior. It is certainly not something we want children to see as they walk down the street. We don't particularly want to see it, either.

But the opposite is not the solution, either: to allow people who are obvious dangers to themselves and the public health roam at will. Up until the passage of Proposition 57, some of these individuals had been using the state prisons as their home. But the bill's passage released many of these allegedly nonviolent offenders onto our city streets. 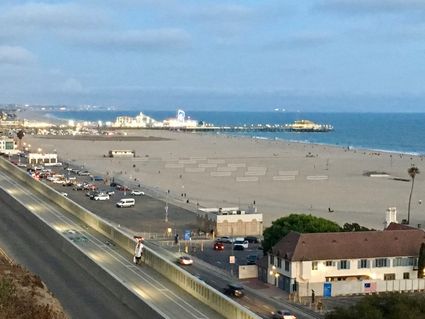 Pricey homes on PCH in Santa Monica are apparently, also a magnet for the mentally ill

Maybe they don't belong in prison. But insane or drug-addicted individuals who cannot abide by a threshold level of socially acceptable behavior don't belong on our city streets, either. Until we figure out how to properly care for such people, we will continue to experience a growing number weird, unsavory, and unpredictable crimes that, down deep, we know could have been prevented.

I also do not believe being homeless is a crime. I myself being homeless, would really like to know the name of this individual so I can stay away from the individuals associates.