Do the Homeless Poop on San Francisco Streets Because they Can, Or Because They Can't Find a Bathroom?

Only the complete removal of all homeless people from San Francisco would cure the problem. 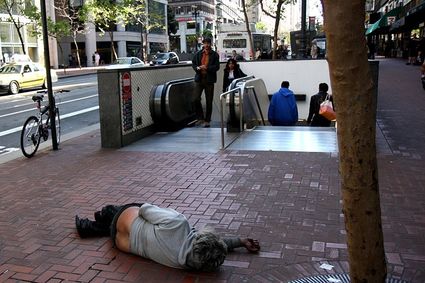 Homeless man on the streets of San Francisco, hear a BART station

San Francisco is a wealthy city. Why exactly don't they cure the feces on the street problem? Like every other American issue, it depends on your political perspective. Progressives view this as a non problem, invented by the same shop owners who close their bathrooms off to the homeless, who of course are doing the squatting.

A discussion on Quora.com, indicates that progressives do not see poop, which is mostly reported in tourist areas that residents avoid.

"With all the homeless comes human waste. In San Francisco most business owners do not allow the homeless to use their restrooms so they use the street," writes Omar Valencia Jimenez, an SEO specialist who lives in San Francisco. "On the west side of the city there are public restrooms available. Increasing them will in turn decrease the waste issue."

What would cure the poop problem? "The complete removal of all homeless people from the city. Period, " writes David Greditzer, a cinematographer who lives in SF. 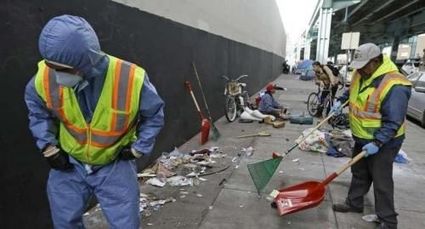 There is no way to do this however. No money, no ability for the city government to get together and pull in the same direction. And even if there were a beautiful homeless city built on the edge of the city, the snowflakes would scream bloody murder if they tried to move the people there. Can you force them there? Well, not really, but ya. It is time. The city looks like the end of the world in most areas. Traffic, homeless camps, drunks walking in traffic, pooping everywhere. The city has a GREAT solution for the poop. They have squads of people with high pressure sprayers hosing away the poop. Great, right? WRONG! What this does is aerosolize the fecal matter, covering everything within 20 feet with a fine layer of human fecal bacteria and viruses. And the rest is carried through the air where it can be inhaled, ingested, spread through buildings that intake the flying petri dish via their ac systems, and so on."

"SF and Oakland are the beginning of a look at the near future for our country. Hear me now and remember me later when it happens," writes Greditzer.

"We understand that the rest of the country thinks that we are hippie-liberals who tolerate people using drugs and pooping on the street and that our head is up our asses because we're more concerned with renewable energy, recycling programs, banning obesity-causing softdrinks, and banning plastic bags, but we don't care what they think. That's a good amount of "clean" for me. And while I'd prefer that there were not people doing drugs and shitting on the street, I don't think incarceration is the answer," writes Keo Mo, an Engineer who lives in San Francisco's Fillmore District.