Why do half of us remember Star Wars differently? Because CERN is shifting time and space around us

"Your eyes can deceive you. Don't trust them."--Obi-Wan Kenobi

Star Wars is one of the most beloved of franchises. Fanboys (and Fangirls) still flock to watch and rewatch these movies forty plus years later. Yet, everytime a nerd (or at this point mainstreamer) rewatches this space saga, there's a pause as some of us are perplexed by how certain elements of the movie are recalled differently than how they appear in 2019 on the big, little, or little little (mobile...) screen. Many many people are absolutely sure they remember movie differently leading to an existential debate about The Mandela Effect versus False Memories.

The Mandela Effect has recently become an internet phenomenon on the coconut telegraph. To explain it, you must first accept the concept of the multiverse theory, also known as an omniverse. The multiverse is a hypothetical group of multiple universes (including the universe in which we live); together, these universes (universi?) comprise everything that exists: the entirety of space, time, matter, energy, and the physical laws and constants that describe them.

If you want to get really heady, time is really a byproduct from shifting from one multiverse to another like different frames on the Universe's celluloid film.... But as we all keep shifting from one universe to another, a wacky byproduct that occurs is certain people might remember history and popular culture from their past timeline, and not the one they are presently in...

The Mandela Effect was coined in 2010 in regards to one such issue: the death of Nelson Mandela, South African anti-apartheid revolutionary and political leader. Many people remember being certain that he died while in prison, in the 80s. But in this timeline, his actual death was on December 5th, 2013. Other such examples include memories of the Berenstain Bears' name previously being spelled as Berenstein (which for me they were) and of a 1990s movie titled Shazaam starring comedian Sinbad as a genie (totally remember this one too, but doesn't exist in this timeline at all). That being said, enough people remember and discuss its existence to the point that Sinbad actually made a parody video of it in this timeline for College Humor.

Now at this point, the realists will probably be speaking up with the other option: that these incidents are just False Memories. Merely instances in which a person recalls something that did not happen or that something happened differently from the way it happened. And there's some smart people in this corner starting with psychological pioneers Pierre Janet and Sigmund Freud. Unfortunately the by-product for remembering this alternative timeline and not believing your truth is the feeling that one has issues with their memory (or even sanity).

So whether you believe the following Star Wars examples are a direct result of The Mandela Effect or False Memories you should recognize there's definitely some sort of Force at work here Luke!

Darth Vader - "Luke, I Am Your Father"

Ah yes, that the iconic scene between Luke Skywalker and Darth Vader, where Luke discovers that his lineage... that Vader is really his father.

Many remember the iconic line to be:

"Luke I Am Your Father."

But in today's timeline the line as the following:

So many people remember that line as the former, but today if you watch any version of the movie it's actually the later. That doesn't stop many of us from remembering the line to involve the citing of Luke's name.

And this includes the actor who portrayed Darth Vader, James Earl Jones... There's multiple YouTube videos where you can see this actor being interviewed on the news and quoting it the former way.

You can check such out as: https://www.youtube.com/watch?v=rSHJHBuk02o

Those who side on the later side of the debate note that the reason we all remember the line with the the word Luke at the beginning of the sentence, is that Darth Vader is in fact speaking to Skywalker. Thus rendering us to believe that Vader addressed Luke directly before uttering the iconic statement. This theory also cites that another reason we remember the line in this way is because other forms of media then started picking up on the "mistake." Films such Tommy Boy and Austin Powers and TV shows such as The Simpsons and Psyche referenced or parodied the classic line as Insert Whatever Name You'd Like Here, I Am Your Father... That being said if we are constantly shifting timelines with The Mandela Effect than naturally there would be a residual echo from previous timelines.

CP3O Was Originally All Gold

Another glitch in the Matrix of the timeline we are in now is that Star Wars character C3PO has a silver leg. For many of us the Droid C-3PO was totally remembered to be entirely gold. I'm definitely in this boat, as the first time I saw this Droid with a silver appendage I didn't know what was going on....

The Fan controversy was enough that in 2015, during the release of The Force Awakens, Anthony Daniels (the actor who plays C-3PO in the Star Wars movies) was interviewed by USA Today in an article headlined: Anthony Daniels confirms it: C-3PO's always had a silver leg... 'til now. In it Daniels claimed that lighting had a lot to do with the lack of noticement of the silver colored leg. "It would reflect the gold leg, and it would reflect in the desert, so it acted more of like a mirror," said Daniels. In this timeline the use of the different colored leg was used as a symbol to indicate that C-3PO had been patched together, a byproduct of a ongoing war with the Dark Side.

This is not so much a Mandela Effect change as it is a change in societal morals.

"Han Shot First" refers to a controversial change made to a scene in the original 1977 Star Wars in which Han Solo (played by Harrison Ford) is confronted by the bounty hunter Greedo (played by Paul Blake) in the Mos Eisley Cantina. 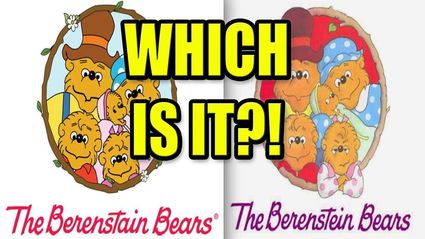 In the original version of the scene, Han grabs his gun and point blank shoots Greedo dead. Later versions were edited so that Greedo attempts to fire at Han first. Allegedly Director George Lucas altered the scene to give Solo more justification for acting in self-defense. But many many fans and commentators opposed the change, feeling it weakened Solo's character.

So as of right now our 1977 version contains the act of Han shooting first, but if we keep shifting from parallel reality to parallel reality we might land on one where Greedo always drew first!

The Mandela Effect or False Memories you decide...!