Could this be the top of the market? Fears are making buyers think twice 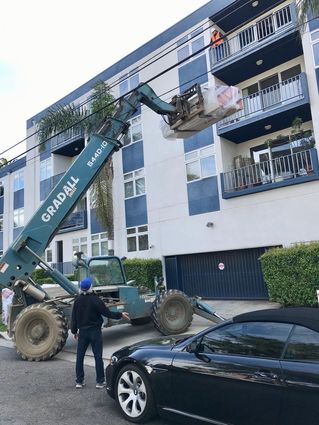 Going Up: Rents are still high, but sellers have been cutting LA County prices just a little bit year over year

Housing prices and sales are falling in California, according to a report by the California Association of Realtors. Although the statewide median home price is up a tiny 0.2 percent, at $565,880, home prices are down in half of all California counties. And home sales across the state are down 6.3 percent.

Hardest hit is Los Angeles County, where the median price of a house fell 0.7 percent from last year, to $525,520. Worse than this, though, are the number of house sales. Those are down 13 percent year over year. Not far behind in sales reductions is Orange County, where sales are down 12.5 percent.

According to Jordan Levine, a CAR senior economist, "It's tough out there." He says the declines occurred despite a strong economy and a reduction in mortgage rates.

To account for the drop in home prices and sales, Levine points to three factors: potential home buyers perceive the market as being at a peak; many cannot afford to buy given the seven previous years of price gains; and home listings have grown by 14 percent.

Between 2007 to 2016, California lost 1 million residents to domestic migration (taxpaying residents moving to other states), according to the Legislative Analyst's Office. The state loses mostly lower income, younger people with less education. Given median home prices of half a million dollars and sky-high rents in the big cities, it is easy to see why those with moderate means would seek a more affordable lifestyle elsewhere.

The lowering home prices and sales occurs while state and local officials declare a "housing crisis." As we've noted before, this term means different things by different people in different contexts. Sometimes it is used to decry high rents. Other times it is used by those who want to develop housing or commercial enterprises in environmentally sensitive areas. Still others point to the homeless mentally ill and claim these individuals would not be standing on the street corner yelling into space were it not for high rents. Inevitably, the term is used to justify whatever regulation or expenditure the government official happens to desire.