Report: Madonna secured for Eurovision final ahead of 2nd semi-final 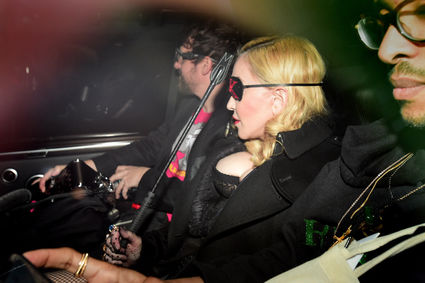 Tel Aviv (dpa) - A crisis over Madonna's participation in the Eurovision Song Contest has reportedly been resolved, as the second semi-final is set to kick off on Thursday night.

The contest will see 18 acts vying for 10 coveted positions in the Grand Final.

Israel's public broadcaster Kan, which is broadcasting the competition, reported that Madonna has finally signed a contract to finalize her performance as the Grand Final, which is scheduled to take place on Saturday night.

This follows earlier reports of a dispute between Madonna and the European Broadcasting Union (EBU), which produces the contest, over the content of her performance.

A spokeswoman for the contest did not however confirm that Madonna had signed the contract.

The winners will enter the Grand Final alongside the Czech Republic, Greece, Belarus, Serbia, Cyprus, Estonia, Australia, Iceland, San Marino and Slovenia, who emerged victorious in the first semi-final on Tuesday night.

The Netherlands has for weeks been seen as the favorite to win the Grand Final.

The so-called "Big Five" - Britain, France, Germany, Italy and Spain - automatically get into the Grand Final as they make the biggest financial contributions to the EBU. In addition Israel, as the host country, pre-qualifies.

Eurovision fans at home are allowed to vote if they are from one of the 18 countries participating in Thursday's semi-final.

Viewers from the United Kingdom, Italy or Germany are also eligible to vote on Thursday, while people from Israel, France and Spain voted in the first semi-final. Voting lines open as soon as the hosts announce it.

Voting is not allowed for the country you are voting from.

A jury of music professionals also cast their votes, constituting the other 50 per cent of the vote.