Renault's core market is Europe, Asian Alliance with Japanese carmakers Nissan and Mitsubishi, and FCA is Strongest in the Americas 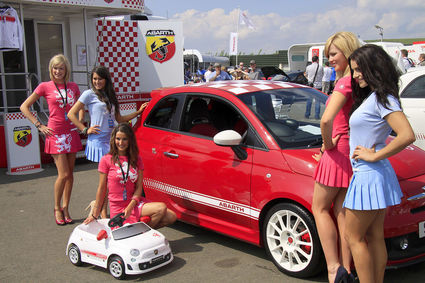 The combination, accounting for 8.7 million annual sales, would have "a strong market presence in key regions" and a "broad and complementary brand portfolio," FCA said in a Monday statement.

In a separate statement, Renault said its board met to examine the "friendly proposal" from FCA, and decided to study it "with interest."

The deal would bring together two corporations with a historic presence in Europe, looking for a new direction after recent management shocks.

"If this merger goes ahead, the birth of the new company could take more than a year," Marchionne's successor Mike Manley wrote on a letter to FCA employees.

Renault's core market is Europe, but it has a good footprint in Asia through its alliance with Japanese carmakers Nissan and Mitsubishi, while FCA is strongest in North and Latin America.

If Nissan and Mitsubishi are counted in, the FCA-Renault tie-up would create the world's largest carmaker with more than 15 million annual sales, FCA said.

It added that the merger would not result in any plant closures and create annual synergies worth 5 billion euros (5.6 billion dollars) on top of those from the existing Renault-Nissan-Mitsubishi alliance.

"The case for combination is also strengthened by the need to take bold decisions to capture at scale the opportunities created by the transformation of the auto industry in areas like connectivity, electrification and autonomous driving," FCA said.

A source for the French government, which has a 15-per-cent stake in Renault, said it would be "particularly vigilant about jobs, the industrial footprint, and its ownership interests."

Any merger, the source added, should take place "in the framework of the alliance" with Nissan and Mitsubishi - which has shaken up by the Ghosn affair.

Ghosn, who was also Nissan and Mitsubishi's boss, was arrested in Japan in November and is currently on bail. He faces financial misconduct and breach of trust charges, which he denies.

An unnamed company official told Kyodo News that Nissan was not involved in the talks and "has no choice but pay close attention to the development."

FCA, whose brand portfolio includes Alfa Romeo, Jeep and Maserati, had long been rumoured to be looking for a partner, amid falling sales in Europe and failed attempts to break into the Asian market.

"If Fiat grows, it is good news for Italy and Italians," he said.

However, a senior League parliamentarian, Claudio Borghi, suggested that the Italian government could seek to have a stake in the merged company to match the French's government interest in Renault.

"It could be an idea," Borghi told La7 television. 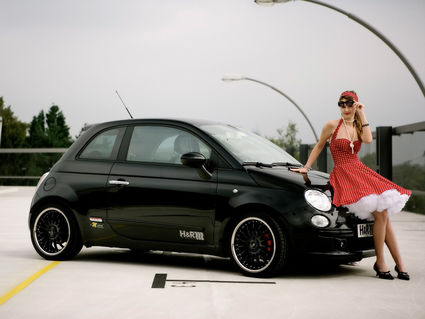 Chinese girl with a Fiat

FCA said it made the marriage proposal to Renault after initial talks between the two companies revealed that a merger "would substantially improve capital efficiency and the speed of product development."

The new company would be run by an 11-strong board, with four named by FCA, four by Renault and one by Nissan, which has a 15-per-cent stake in the French carmaker.

Under the arrangement proposed by FCA, Italy's Agnelli family and the French government would lose special voting rights they currently enjoy within FCA and Renault's boards.

First market reactions were positive, as FCA and Renault, listed respectively on the Milan and Paris stock exchanges, both saw their share prices increase sharply, by 10-15 per cent.