It's more money than it would take to build an aircraft carrier, or 1600 units of housing. 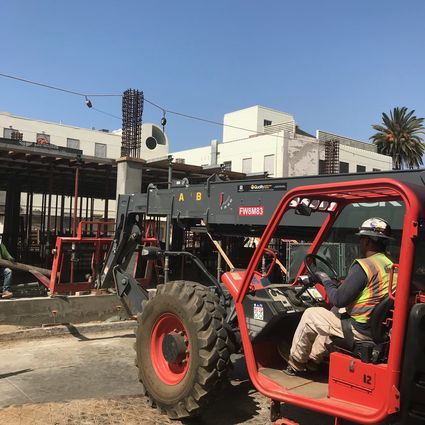 City of Santa Monica plans to fight global warming and build a sustainable future, including lots of $1000 a night hotel rooms.

Almost without fanfare or notice, the City of Santa Monica has voted to spend $800 Million over ten years to reduce its carbon foot print. This is $8,000 per resident, or about 3 times the City's annual budget. It's more money than it would take to build an aircraft carrier, or 1600 units of housing.

The all-out effort to avert global warming, will only impact 8 square miles of the US, which is over 2,000,000 square miles in size. Even less of the globe, proportionately, will be affected. To quote from the City's press release:

"Staff estimate that implementing the plan would cost over $800 million over the next decade, including substantial investments that are already anticipated to achieve other City goals that are consistent with climate action and adaptation goals. To put that in perspective, Council has already approved over $383 million in funding to support climate action and adaptation projects over the past two biennial Capital Improvement Program budget cycles. This includes initiatives to achieve water self-sufficiency, walking and biking infrastructure, and expanding electric vehicle charging."

Yeah. Well, it's a lot of money to affect something that only a planet wide effort would truly impact.

Anyway continuing with that press release:

This would seem to mean that they’re going to make it yet harder to drive a car in Santa Monica, by painting more bike lanes and replacing parking structures with housing (on a theory that if people live downtown, they won’t need to drive). 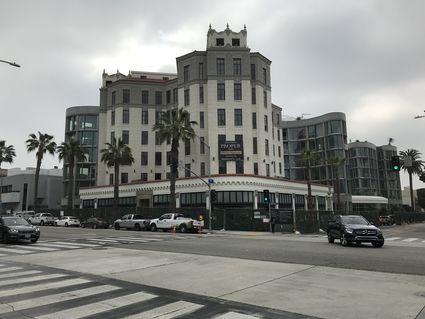 City of Santa Monica plans to fight global warming and build a sustainable future, including lots of $1000 a night hotel rooms.

I can't comment on the following, because I don't have any idea what it means:

Apparently they’re going to build wells and sea walls, or something. I note in passing that the press release says “sustainable” four times, “Community” eight times, with 2 references to “Social Justice,” and two references to “Equity.” So it seems intended to please a certain audience (i.e., progressives), and at the same time, allow the council to reward friends with rich contracts.

The article's author states: This would seem to mean that they’re going to make it yet harder to drive a car in Santa Monica... YES,YES,YES! The communist climate crazies that run Santa Monica will keep pushing this until they make it SO painful, SO inconvenient, and SO costly to drive that they push you right out of your car. The socialist hoax that is Climate Change is a scheme to gain hundreds of trillions of dollars by putting carbon taxes on every product and service you buy, gather total control of ALL natural resources into the hands of a FEW, and reduce the standard of living of 99% of the population to agrarian peasant status. Imagine not being able to buy a car because the so-called carbon emissions for your region have reached their maximum allowable level by government agency X so you have to go on a 20-year waiting list. Imagine having your electricity and heat rationed. That's what they want. The GREEN movement is RED inside. Wake Up, folks.