US and Mexico fail to reach deal on tariffs at first meeting. Trump: "There was progress, but not enough."

Trump blames the increase on "Mexico & the Democrats in Congress refusing to budge on immigration reform." 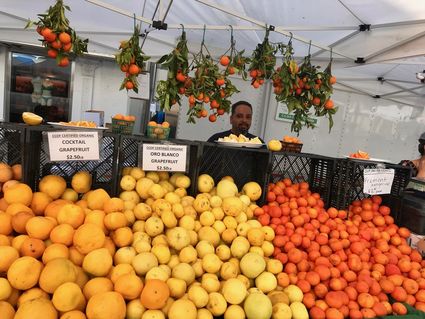 Fruit and vegetables on sale at the Santa Monica Farmers Market. More than half of it is from Mexico.

Washington (dpa) – Mexico and the United States on Wednesday failed to reach an immediate agreement to prevent Washington from imposing a 5-per-cent tariff on all Mexican imports, but will resume talks on Thursday, both sides said.

US President Donald Trump tweeted that there was progress during the talks at the White House, "but not nearly enough."

Mexican Foreign Minister Marcelo Ebrard said the US had shown a will to bring the two sides' positions closer and that he remained "optimistic" despite the talks being "difficult."

Ebrard met US Vice President Mike Pence and Secretary of State Mike Pompeo after Trump announced a tariff on all imports from Mexico, if the country did not prevent Central American migrants from crossing its border into the US.

Ebrard said that Wednesday's meeting focused on migration, with the US demanding "short term or immediate term" measures, while Mexico did not believe in "immediate" or "punitive" moves against migration.

Mexico has proposed investing more in Central America's economy, infrastructure and education systems to dissuade its residents from wanting to leave.

Trump's tweet cited figures showing sharp increases in the number of people arrested at the US-Mexico border in May, blaming the increase on "Mexico & the Democrats in Congress refusing to budge on immigration reform."

Ebrard admitted that migration flows "have increased too much."

Trump said his threatened 5-per-cent tariff on all goods made in Mexico would take effect Monday, with monthly increases in 5-per-cent increments. "The higher the Tariffs go, the higher the number of companies that will move back to the USA!" he tweeted.

Meanwhile, Mexican security forces were trying to stop a caravan of about 1,000 migrants which had entered southern Chiapas state, broadcaster Milenio reported.

Trump is facing pressure from Congress to back down, including from key members of his own Republican Party, amid fears the US economy would suffer as supply chains in North America are deeply integrated.

Senate majority leader Mitch McConnell said he was hopeful talks between the US and Mexican governments will be "fruitful."

"There is not much support in my conference for tariffs," McConnell, the top Republican in the Senate, told reporters after a meeting between lawmakers from the party and representatives of the White House. "Our hope is that the tariffs will be avoided."

Just before the key meeting began at the White House, the US Customs and Border Patrol released new data on migration, showing a trebling of apprehensions at the Mexico border last month, when compared to a year ago.

About two-thirds of the 144,000 people apprehended or deemed inadmissible were family units or unaccompanied children. The overall figure is 32 per cent higher than in April.

Ebrard, however, stressed that the imposition of tariffs in an attempt to stop the influx would hurt the economies of both countries. 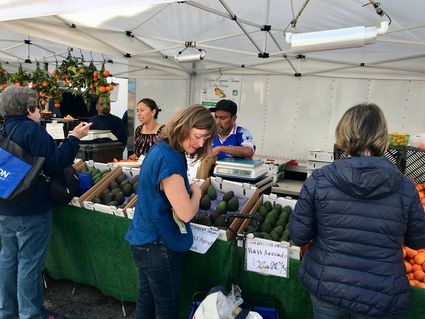 Fruit and vegetables on sale at the Santa Monica Farmers Market. More than half of it is from Mexico.