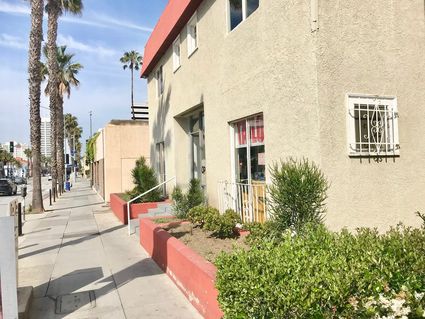 The Fedex (formerly Kinkos) at 6th and Wilshire, will soon be 4 stories of affordable housing

East Coast burger-meisters Shake Shack will open a Santa Monica location in the former Panera Bread location at 5th Street and Wilshire Blvd, which is a sigh of relief. At least in this location, Santa Monica will not densify.

However, the FedEx open for 24 hours at Sixth Street and Wilshire Blvd, will close forever on September 4th. It will then be demolished for super expensive, ultra luxurious apartments built by NMS. 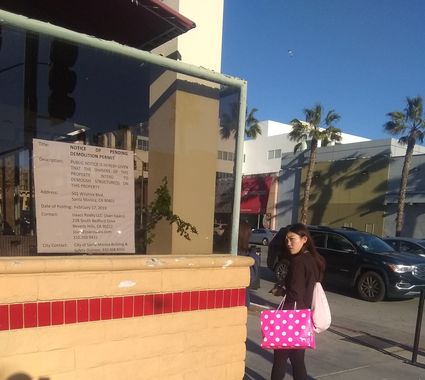 Shake Shack in, Panera Bread Out on 5th and Wilshire

NMS will construct 40 apartments in a four story mixed use development on the site. Developer NMS is somewhat controversial in Santa Monica, first of all for promising the City it would construct "affordable housing" in ten projects in Downtown SM on 6th and 7th Street. They rent for $5000 for a one bedroom and $7,500 for two bedrooms.

Three months ago, a Court ruled that Neil Shekhter, the billionaire real estate developer behind NMS, had destroyed his computer and fabricated evidence in order to avoid liability to AEW, a development partner.

That case arose from a 2010 joint venture between Shekhter and AEW to build and manage nine properties in Santa Monica and West LA.

Shekhter tried to buy out AEW with a payment of $60 million plus interest. However, AEW turned down the money and NMS sued to determine the ownership of the properties.