Rising Actor's Scuffle at The Victorian Leads to Battery Charge 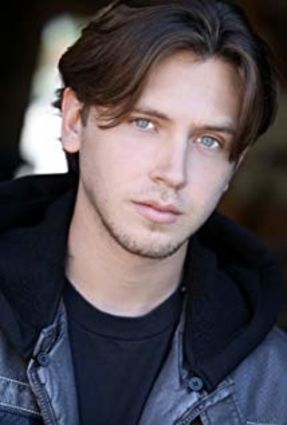 At 6'2" and 170 lbs, stuntman Jacob Tandy is not a guy you want to pick a bar fight with. On January 5, 2018, rising actors Tandy and Zach Chitwood entered into a bar fight in the Santa Monica based event venue and bar, The Victorian. Both Tandy and Chitwood are pursuing acting careers, with Tandy specializing in stunts and Chitwood in modeling. In what seems to be an alcohol induced scuffle, Chitwood got hit over the head with an approximately four inch tall glass by Tandy, resulting in an allegation of battery, which is considered to be a simple assault.

While the fight occurred about a year and a half ago, the court is now trying this case: People v Tandy. The defense attorney defending Tandy is celebrity criminal defense attorney, Harland Braun, and the prosecutor is personal injury attorney, Daniel McGee.

The events of that night went as follows: Tandy and his friend, stuntman Garrett Dunn, took an Uber from Dunn's home in Woodland Hills where they had already started their night of drinking. They entered into The Victorian and met up with stunt-double friends of theirs and proceeded to have a few more drinks and socialize. According to Tandy's testimony, he saw Chitwood interacting with one of the girls in the group in an aggressive manner (took her drink and drank it and seemingly attempted to force her to drink his) and heard him say, "why are you with these European faggots?" referring to Tandy and Dunn.

While getting another drink at the bar, Tandy claims that he witnessed Dunn and Chitwood in a violent exchange where Chitwood grabbed Dunn's arm which resulted in Dunn punching Chitwood. Tandy saw this and says he wanted to defuse the situation but when Chitwood swung at him, he dodged and swung at Chitwood to defend himself, forgetting that he was holding a glass when he hit Chitwood on the top of the head. The glass broke but did not shatter from the impact.

Tandy claims that once he hit Chitwood, Chitwood fell to the ground and was kept down by Tandy using his feet on Chitwood's chest and face. Tandy also claims that while Chitwood was being held down, he was swinging a beer bottle at Tandy and moving about sporadically but witnesses claim that Chitwood was curled up on the ground.

While this was happening, two security guards at The Victorian were walking towards the scuffle. According to Tandy, he thought they were associated with Chitwood and he became scared for his life. He fled to another floor to get away where he ran into another security guard and paused for a moment to let the now known security guards (who Tandy claims he thought were going to hurt him) leave before he returned to the bar to look for Dunn who had disappeared. 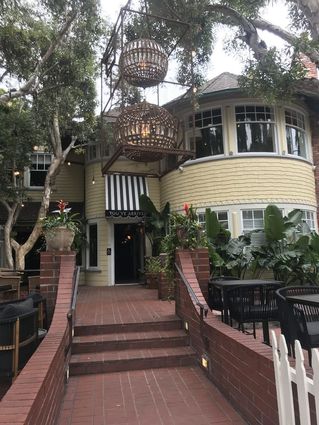 After not finding Dunn, Tandy ran out of the Victorian on to the crowded street and talked to one of his friends who had witnessed the fight. According to Tandy, he was dragged out of the building onto the street by his friend, but she claims that he ran out and she followed him. Tandy was then chased down and detained by a security guard (the same one he saw when he changed floors after the fight) of The Victorian and was then met by the Santa Monica Police. When at the station, the police found blood all over Tandy's shoes, presumably from stepping on Chitwood. Tandy states that he had no other reason to attack Chitwood other than defense.