She wrote official titles to Propositions 47 (passed 2014) and Proposition 57 (enacted 2016), which freed thousands of prisoners. 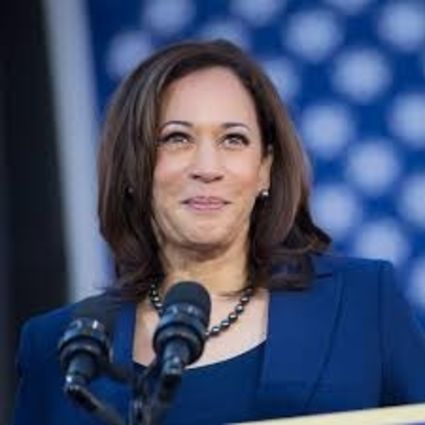 When she was Attorney General of the California, Kamala Harris claimed to resist taking sides when voters had ballot initiatives to consider. However, when you look at the language Harris chose to use regarding two recent disastrous propositions, it's hard to argue she remained impartial.

It's just as hard to argue she did not tell the people of California egregious lies. These lies have helped lead to the situation we see today, with greatly increased homelessness, increased property crime, and less ability of the police to ensure we live in a clean and safe environment.

Kamala Harris told voters in 2014 that Proposition 14 was "The Safe Neighborhoods and Schools Act." Among other reductions in penalties, the law "requires misdemeanor sentence instead of felony for the following crimes when amount involved is $950 or less: petty theft, receiving stolen property, and forging/writing bad checks."

It is unclear how reducing shoplifting and theft for amounts less than $950 creates a safe neighborhood. Obviously, it does not. In Santa Monica, we have witnessed unsavory individuals walking into Vons grocery store on Lincoln Boulevard and walking out with whatever food they want - with impunity. The reality is police are unable to arrest 'petty' thieves. If somehow a citizen manages to stop the crime, the police are loath to bother making an arrest because the perpetrators are only committing misdemeanors and will be released - presumably to commit more crimes.

But this was how Harris framed the proposed law. In her words, with that title, it sounded like a good thing, reasonable, and a way to clear room in prison for the truly "violent" offenders. The Proposition passed.

It did not create safe neighborhoods. Instead, it has kept thieves and drug addicts out on our streets instead of locked up in prison. In our neighborhoods, they can now rob us, act out their anti-social behaviors, and erect tent cities with the associated trash and disease.

What Harris did not tell voters was that she considered the following crimes to be "nonviolent":

- Assault with a deadly weapon

Proposition 57 expressly blocked early release of individuals convicted of 23 specific violent crimes. But as you can see from the above, partial list, there are quite a few inarguably violent crimes that weren't included.

Voters were told none of this - neither in the utterly inaccurate (one might call it "whopping lie") of the ballot title nor in the summary.

Statistics from 2016 show that, under Proposition 57, the Parole Board has recommended the release of 1,590 inmates who are serving a life sentence. Of those, only 20 percent of the releases have been blocked by Governor Brown. Given Governor Newsome's leanings, it's probable even more of these extraordinarily violent felons will end up back on our streets. 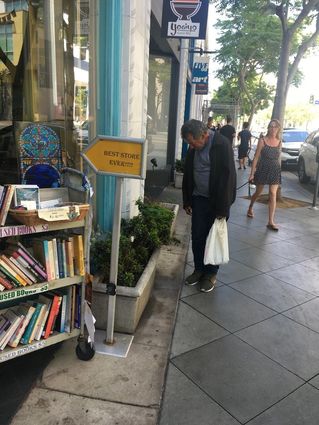 The Association of Deputy District Attorneys released an article today regarding a court ruling that Gregory Gadlin must be considered for early release under Proposition 57. Gadlin is not someone you want to meet, even in a crowded public place. In 1980, he raped a pregnant 17-year-old girl. She'd just been assaulted by two females, and he offered to take her to the hospital. Instead, he took her to his home where he hit her in the face, threatened to kill her, raped and sodomized her, and forced her to orally copulate him. In 1986, after serving time for that crime, he raped his 11-year-old niece, forced her to orally copulate him, and urinated in her mouth. Gadlin is currently serving time for assaulting his girlfriend. He slashed her across the face, back, and stomach with a 7-inch butcher knife.

This is the "nonviolent" offender Kamala Harris told us was safe to release back into society.

As a U.S. Senator and now a candidate for the Democratic Party's nomination for U.S. President, Kamala Harris receives some serious security and protection from "nonviolent" criminals like Gadlin.

But what about the rest of us?

Don't forget that Kamaala Harris is ALL IN on S 386, legislation that will prioritize workers from India for Green Cards for at least the next 10 years. Politicians like her have allowed Indian multinational companies to displace millions of American workers and replace them with primarily Indian workers. NO ON 386. NO ON DUPLICITIOUS KAMALA HARRIS.