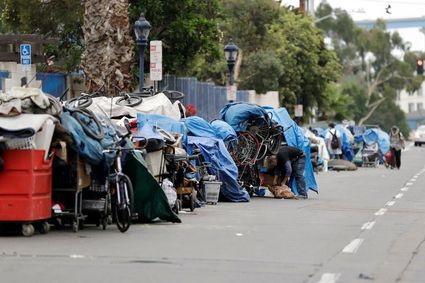 The recent release of a study saying that the Los Angeles county rat population has doubled in a year, has touched off a controversy. Some blame the homeless, others blame restrictions on rat poison said to kill mountain lions and other wildlife.

Carl Demaio of Reform California says the homeless population increase has also fed rats. "Typhus has not been seen at this level in recorded history " he said at a press conference. Demaio called on elected officials to resign if more than two police officers or other city employees contract typhus.

The other factor cited in the study are regulations restricting the rat control and pest control industry.

City Council President Herb Wesson last week submitted a motion asking the city to report back on the "scope of vermin and pest control issues" at City Hall and adjoining city buildings.

"Employees shouldn't have to come to work worried about rodents," Wesson told the LA Times in an interview. "I intend to do whatever it is we need" to solve the problem. 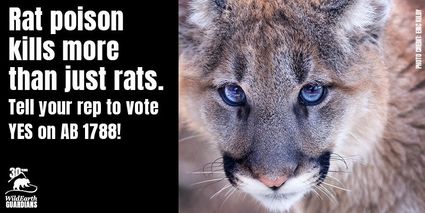 Ad promoting AB 1788, which would ban rat poison in California

Wesson said he's had a series of problems with vermin in his fourth-floor office, as well as fleas in the carpet. Things got so bad that he moved his entire staff out of City Hall to a district office for a few days over the holidays, he told the LA Times.

"Coyotes, San Joaquin kit foxes, black bears, mountain lions, bald eagles-all documented victims of rat poison in #California. AB 1788 would ban these poisons, and it's up for a vote this week! CALIFORNIANS, learn more and contact your rep" tweeted one wildlife group.

Charismatic wildlife like mountain lions are known to suffer mange as a result of consuming animals, such as rats, after the rats have eaten rat poison.