The City Yards hosts the city's maintenance and industrial services, such as water operations, street maintenance, and fire training 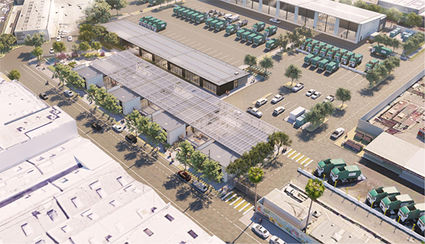 After three years of preparation, construction began this month on the modernization of the 14.7-acre Santa Monica City Yards located adjacent to Bergamot Station on Michigan Avenue. The City Yards hosts the city's maintenance and industrial services, such as water operations, street maintenance, and fire training.

Until last month, the Yards also hosted a recycling center. The recycling center, operated by private contractor Allan Company, was closed by the city in June in a purely financial move. The center used to bring in $300,000 in revenue for the city. Then in January of 2018 China, in its "National Sword" policy, ceased accepting virtually all recycle from overseas. Overnight, the value of recyclable materials went negative. The new contract Allan Company offered the City would have cost the city $1 million per year. Currently, the City is farming our recycles out to off-site recycling centers at a cost of $500,000 per year.

The total project cost for the modernized City Yards is slightly over $116 million. Of that amount, $1.14 million will be devoted to public art, mostly along Michigan Avenue.

Thirteen existing buildings on the site date from the 1940s and are judged to be seismically unsafe. Somehow, they survived the 1971 and 1994 earthquakes, but today they are unsafe. So to prevent them from falling down in the next earthquake, they are to be demolished and replaced by six new buildings. 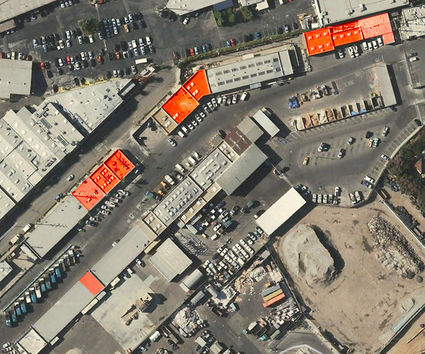 The new buildings will "meet ambitious sustainability goals," according to the City's website. We expected nothing less - particularly from a city that decided to close their recycling center. Please ignore the crisis in recycling. These buildings are amazing. They're going to have solar panels and capture stormwater so that the city's maintenance yard will be "an environmentally friendly place."

Other amenities to be included in the modernized Yards will be improved circulation that separates pedestrian from vehicular traffic. There will be a single, easily accessible public counter from which one can do all City-Yard-related business, such as buying compost bins or submitting construction waste management plans. "Customer service is always a focus for the City," claims the Public Works website.

The new site will also include an outdoor courtyard and a community meeting space.

Perhaps the community can use the meeting space to discuss what to actually do with our recyclables.