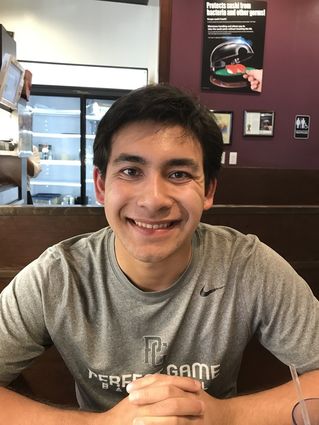 This summer, young Brentwood Filmmaker Alexander Paen -- a 20-year-old student at Chapman University in Orange – was found high up in the stands at Fairfax High School's gym, videotaping games of a basketball tournament. Paen is studying Broadcast News/Documentary and Filmmaking at Chapman.

Although he just finished his sophomore year in college, Paen is no stranger to television making. His first documentary was about the California Missions while a fourth grader at St. Martin of Tours, followed by a documentary on Alcatraz during his senior year at St. Monica's Catholic High School. He then added work on a commercial documentary about a Boston bar owner who turned his life around from drugs to redemption during his limited free time from studies at Chapman.

Alexander is following in his father's footsteps. Alex Paen was a local Los Angeles Reporter, Anchor and Foreign Correspondent. He now produces several national syndicated shows for his company, Telco Productions, based in Santa Monica. Alexander was just six years old in the first grade, when his father Alex brought his son to his Santa Monica office.

"My interest in film began even before that visit to my Dad's office, to when I was in preschool," explains Alexander. "I would watch my Dad's show after school, and I really looked up to him, and wondered how he had gotten on TV. My hands-on experience with filmmaking began in high school, when I started working on film projects for my classes."

It was also during high school that Alexander started working for his Dad's company as an Editor for Telco, where he built an impressive list of shows he contributed to, including nationally syndicated series "Animal Rescue," "Missing," "Dog Tales," "Real Green" and many more. He then helped convince his high school to start a monthly news segment, and served as the lead Director/Editor.

Alexander entered Chapman University's Dodge College on an academic scholarship. Chapman consistently ranks in the top 10 of film schools in the U.S., including #6 by "The Hollywood Reporter." As a sophomore, Alexander served as a Sports Staff Writer for the Chapman University newspaper, enhancing his writing skills. He then got a video editing job at Ballislife LLC, a YouTube channel providing mix tapes of top high school basketball players. The channel has 2.1 million YouTube subscribers, and even has videos as popular as 10 million hits.  Alexander's Ballislife bosses have now added Videographer to his duties, thus his work at the Fairfax High basketball tournament.

"Getting the job at Ballislife was and is a dream come true," says Alexander. "I've always played sports and always loved them. This brings together two of my great interests: sports and filmmaking."

After college, Alexander's goals are to work for a major Hollywood studio, and to one day possibly start his own production company. When he's not working on his studies and filmmaking, Alexander like to play sports because he really idolizes professional athletes' mindsets. He is currently playing on a summer collegiate baseball team. Alexander tries to apply pro athletes' grit, determination, and relentlessness into his success as a Filmmaker, which he believes will propel him to be extremely successful. 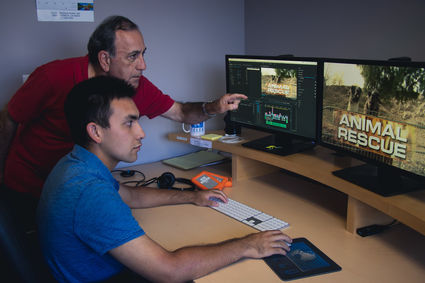 "I know that it was the very early exposure I had to filmmaking through my Dad that really helped me," concludes Alexander. "From here, I just want to improve my filmmaking skills, and continue to build experience with bigger and better projects."

I love those shows too! They still show Animal Rescue Heroes and Dog Tales every Sunday on Justice TV here. Best wishes to young Mr. Paen!

I just love all of Mr. Paen's animal shows! Been watching them since the 1990's.