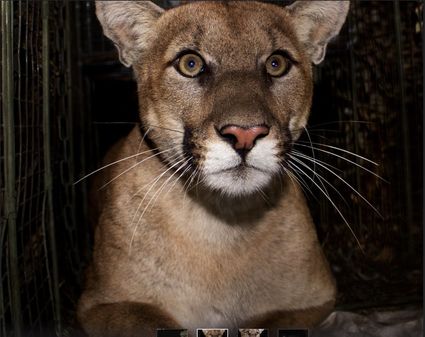 8/8/19: The National Park Service has documented a rare case of a mountain lion crossing the 405 Freeway in the Sepulveda Pass area. The male mountain lion known as P-61 made his way east of the massive freeway sometime between the hours of 2:00 a.m. and 4:00 a.m. on the morning of July 19th.

"Although P-61 successfully crossed the 405, his feat is a reminder of how challenging Southern California's road network is for mountain lions and other wildlife, as well," said Jeff Sikich, biologist for Santa Monica Mountains National Recreation Area. "Others haven't been so lucky."

Freeways in the area act as fences for the local mountain lion population, hemming them in on an island of habitat, which has led to seriously low genetic diversity levels in the Santa Monica Mountains. During the course of the study, researchers have documented numerous mountain lions traveling right up to the edge of the freeway and not crossing.

The most well-known example of a mountain lion crossing the 405 Freeway is P-22, but he was not collared at the time, so little is known about his journey. DNA testing indicates that he was born in the Santa Monica Mountains and therefore had to make his way across both the 405 and the 101 Freeways on his journey to Griffith Park, where he has lived for more than seven years.

In addition to P-61, researchers are also aware of an uncollared male mountain that seems to inhabit the same relatively small area between the 405 and 101 Freeways. Surveillance camera footage occasionally surfaces with images of that lion, assuming it is the same one, dating back approximately five years.

"It will be interesting to see if P-61 stays in the area, whether he decides to challenge the uncollared lion, or if he heads back to the other side of the freeway," said Sikich. "Although it's a relatively small area of habitat, it's certainly larger than the Griffith Park area and does have a patchwork of natural areas."

Now that P-61's GPS collar is recording data points in the area, it's a good opportunity for researchers to learn about landscape connectivity in the highly fragmented area.

P-61 was first captured and outfitted with a GPS collar in October 2017. He weighed 119 pounds at his most recent capture and is believed to be approximately four years old. 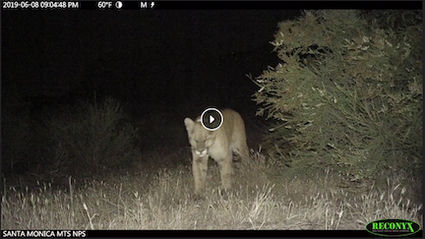 If a habitat includes a Diamond Lane it's NOT WILDERNESS. Please relocate this poor animal to the Sierras.