Donald J Trump's recent suggestion that the US purchase Greenland makes more sense than you might think. 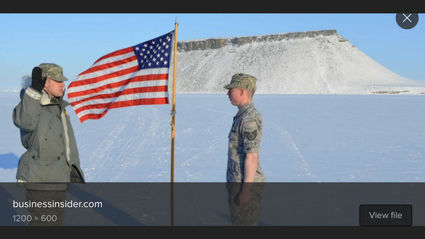 Thule Air Force Base in Northern Greenland. Greenland has known reserves of Rubies, petroleum, and who knows what beneath the Greenland ice cap.

President Trump is a real estate guy. He recently tweeted that the US should consider buying Greenland and this was met with derision, as so many suggestions this president makes are. But upon closer examination, the idea makes more sense than you might think.

2. Denmark has grown weary of paying for $5 billion a year in subsidies to Greenland. Greenland is an "autonomous country within the Danish realm", the other two constituent countries being Denmark and the Faroe Islands. This works out to $100,000 per Greenland resident per year. For one third that much money, they could all rent apartments in Santa Monica, San Diego, or Santa Barbara and not have to face freezing cold or polar bears.

Denmark is a small, affluent, European country. But it has not made sense for them to pay this money for years. It would only cost about $15 billion to build a city of 50,000 in Denmark for Greenland's residence. In fact 10,000 inuit reside in the mother country.

3. Greenland has known reserves of rubies, petroleum, and who knows what beneath the Greenland ice cap. The countries residents live mostly in six large towns which are by all accounts clean, modern, and attractive to tourists.

With global warming, southern Greenland and now has a few trees, no permafrost, and farmland as good as any in Newfoundland Canada. Warmer weather will mean even more economic opportunities as the ice melts.

With Putin threatening the US with new weapon systems, Thule Air Force Base and Greenland generally have greater strategic importance.

5. If the US doesn't make a move on Greenland, China will. The peoples Republic has seriously suggested moving 500,000 Chinese to Greenland, far from the handful of settlements were Greenland's current residence live. They would be there to mine, strip mine, drill for oil, and make everyone currently in Greenland rich. Then they can buy condos in any city they want.

In national elections, Greenland's residents have repeatedly voted to remain in the Danish Ream, with greater local autonomy. 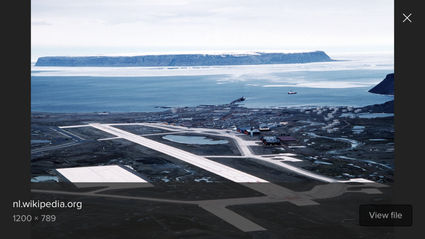 If they spoke to the 3.2 million residents of US territory Puerto Rico, they might prefer status within the United States as a territory. The United States has even more money to pay them. They would all get US passports and be able to travel freely or move to the United States. If they thought about it, they would vote for it. And that's what we are suggesting here, that the 56,000 Greenlanders be given a choice.

One great reason why it will never happen- Greenland isn't for sale. It was irresponsible for Trump to publically covet another country. Dictators and authoritarian thugs act like this. Strangely, republicans favor, admire, and even make excuses for Trump's irresponsible behavior. How far our country has fallen.