The exemption is temporary, and ends in 2023. 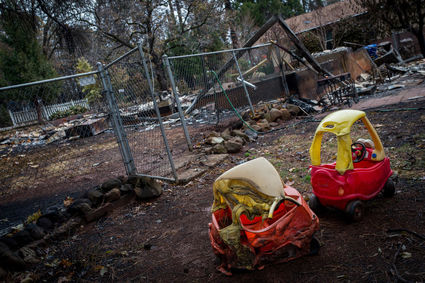 Children's toys in a playground after the Paradise fire

Survivors of the Campfire in Paradise, CA and other catastrophic fires, gained an exemption to California's requirement that all new homes have solar panels, starting in 2020. The exemption is temporary, and ends in 2023.

Senator Brian Dahle, R-Bieber, said he introduced Assembly Bill 178 with the goal of helping California fire victims trying to rebuild their homes. Starting in 2020, California law will require those who build in the state to install solar panels; Dahle said he wanted to help these fire victims by making them exempt from this requirement.

"Thousands of Californians who have tragically lost their home due to wildfires are now facing the sad reality that costs have risen due to mandates by the state. These mandates can add upwards of $15,000 to the cost of rebuilding a home," said Dahle. "Losing a home in a catastrophic fire is traumatic enough and worrying about complying with this new mandate is added, unnecessary stress. This is a small exemption that will allow people to rebuild their home without this additional costly mandate which has nothing to do with structural safety."

"Many of our communities in California that have been devastated by catastrophic wildfires and floods, particularly the people of Paradise, are desperate to get their lives back on track and to rebuild their homes," he said in his signing message. 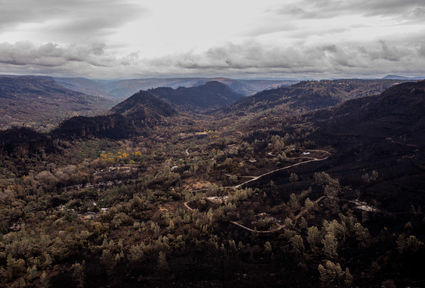 Paradise valley in December of 2018.

Named after Camp Creek Road, its place of origin, the fire started on November 8, 2018, in Butte County, in Northern California. After exhibiting extreme fire spread, fireline intensity, and spotting behaviors through the rural community of Concow, an urban firestorm formed in the densely populated foothill town of Paradise.

The fire caused at least 85 civilian fatalities, with one person still missing, and injured 12 civilians, two prison inmate firefighters, and three other firefighters. It covered an area of 153,336 acres (almost 240 sq. miles), and destroyed 18,804 structures, with most of the damage occurring within the first four hours.

Total damage was $16.5 billion; one-quarter of the damage, $4 billion, was not insured (disproportionately represented by exceptionally low cost uninsured residences versus high cost insured commercial structures). With the arrival of the first winter rainstorm of the season, the fire reached 100 percent containment after seventeen days on November 25, 2018.