LA Opera Moves Past Placido Domingo with an Uplifting Story of Women on Top: La Boheme 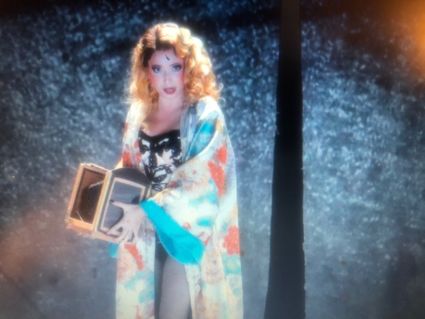 On Saturday evening September 14, 2019 the LA Opera opened its 34th season at the Dorothy Chandler Pavilion with LA BOHEME followed by a very elegant gala dinner at the newly remodeled Music Center Plaza, 135 N Grand Avenue, Los Angeles, without "Placido Domingo". In spite of Placido Domingo's great talent as a singer and successful campaign as the general director of the LA Opera, the board of directors had to remove Placido Domingo while they are investing the numerous investigations of sexual indecency . The LA Opera does not need another Harvey Weinstein on board!

I really enjoyed this modern 'Puccini" LA BOHEME performance, which I believe will attract a younger generation to the LA Opera. It was LA Opera's president and chief executive Christopher Koelsch to bring Barrie Kosky production for LA BOHEME. The performance was conducted by James Conlon and runs through October 6, 2019

Barrie Kosky transferred his contemporary approach from the Komische Opera in Berlin. The Kosky method is a fusion of traditional opera and contemporary stage theater which is resplendent, brilliant and avant-garde. The LA opera is moving on and forward. The woman are enabled to show strength and creativity in their characters personality

LA BOHEME by Puccini is set in Paris around the turn of the century. Four free spirited artists hang out in in a poor garret where they drink, eat, party and encourage their creativity as well as chasing young pretty ladies for fun and folly. A pretty, young, naïve and sickly French girl Mimi shows up looking for candle to light and starts a friendship that unfolds into a passionate affair with rogue artist Rodolfo

Mimi, is played by the beautiful Marina Costa-Jackson, a 2016 Operalia winner with remarkable a soprano voice. Rodolfo, played by Saimir Pirgu is charming with a strong solid sound and articulation

Musetta, a Parisian femme fatale gold-digger was the opera's other fierce woman, with a strong high voice and sensual beauty was played by Erica Petrocelli 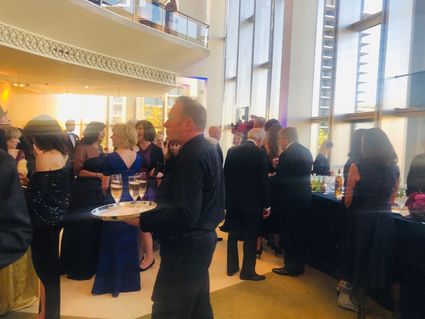 My favorite scene was that of Café Momus which was a blend of the circus , Monty Python and a classic Fellini movie. This was a high spirited mass of drunk, outrageously dressed men, woman, and children at a popular Paris restaurant/ bar. The singing and performance was terrific

My only criticism of LABOHME was the placement of the 'transliteration screen' was so high above the stage that it was distracting to have to visually move my eyes from the opera singers to read the English translation so high up . My recommendation, is to have two screens to the right and left of the stage. Many other guest shared my opinion

Following this performance of LA BOHOME was a very classy and elegant black tie affair dinner gala at the newly renovated Music Center Plaza, where there was lively music, dancing and the conviviality of happy guests after a fine opera performance