Melissa Viviane Jefferson, or stage name Lizzo, is a singer, rapper, and actress who rose to stardom earlier in 2019 with her hit song "Truth Hurts." 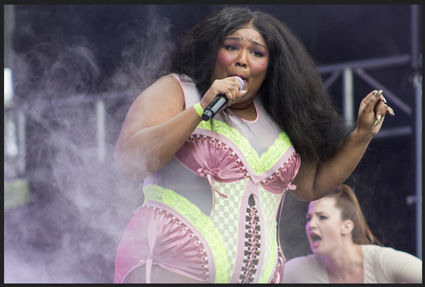 Lizzo performs at Phillys Made in America 2017

Lizzo is exactly what millennials need.

Melissa Viviane Jefferson, or stage name Lizzo, is a singer, rapper, and actress who rose to stardom earlier in 2019 with her hit song "Truth Hurts." While she's not new to the music industry, Truth Hurts was actually released in 2017, she has only recently been considered a household name. Time Magazine elected her as one of their artists to watch in 2014 and five years later, Lizzo debuted her album Cuz I Love You on the Billboard 200 chart at number six.

What makes Lizzo special is not simply her talent, though she certainly is talented, but her outspoken support on body positivity and confidence. Her songs are anthems for self-acceptance and self-love. In her song "Like A Girl" she says "woke up feelin' like I just might run for President/ Even if there ain't no precedent, switchin' up the messaging/ I'm about to add a little estrogen/ Buy my whip by myself/ Pay my rent by myself." The messages that Lizzo sends are what millennials are looking for. Today's audience wants a song that makes them want to dance and reaffirms them of their independence and power.

In an interview with Billboard, Lizzo said that she's "always had to turn haters into congratulators." The confident aura she exudes and the themes she seems to live by are intertwined with all her work as an artist. Lyrically they play a big role but they are also influential in her performances. Her backup dancers, called the Big Grrrls, are all plus size women who rock out on stage in bodysuits, confirming the message that all bodies are beautiful. Lizzo even took her messages promoting self-love and married herself in her music video for "Truth Hurts."

Lizzo is unapologetically herself. She studied classical music at the University of Houston and has incorporated that into her work. In fact, she's famous for it. Lizzo is known for her flute solos in the middle of a performance. During a high energy performance she'll pause and play her flute while continuing to dance. This may seem a bit strange to some but it's actually empowering as she was told early in her career that an incorporation of classical music would harm her. Instead, videos of the flute solos go viral and the flute, called Sasha Flute has its own verified Instagram account with 259 thousand followers.

The self-assured artist also made waves when she reached number one on the Billboard Hot 100 with "Truth Hurts", being the first Black R&B artist to have a number one hit since 2012 with Rihanna's song "Diamonds." Lizzo is predicted to be nominated for the Grammy Awards this year as a hot new artist or as recognition for her work on Cuz I Love You.