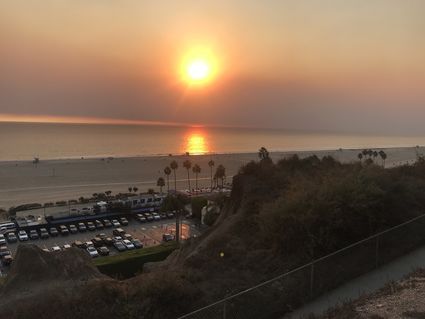 100,000 residents have been evacuated and two deaths have been reported as a result of the fires.

The Los Angeles Fire Department has declared a "major Emergency". Firefighters claimed 13% containment as of 7 pm PST on Friday. 31 structures have burned. 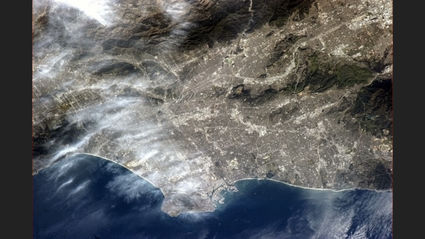 The Newhall Pass was closed to traffic. This in the Santa Clarita area, closing the 5 and 14 freeways. Metrolink trains were not running either, effectively cutting off Santa Clarita Valley residents from jobs and other activities in Los Angeles.

Authorities emphasized that residents should not hesitate to obey evacuation orders, which were expected to grow as the fires grew.

In Santa Monica, the air was “very unhealthy“ and people were advised not to exercise outdoors.

-flames spreading at 800 acres/hour, reported at 9pm Thurs at 210 Fwy at Yarnell