Do we really love horses? Or do we just love to watch them race. 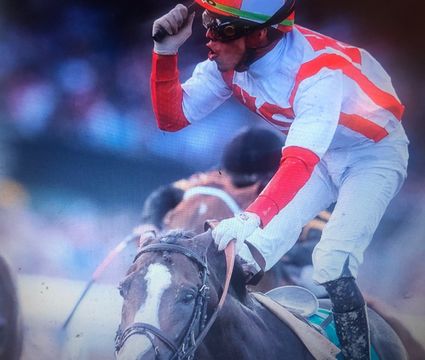 Santa Anita Park is a Thoroughbred racetrack in Arcadia. It offers some of the prominent horse racing events in the US during early fall, winter and in spring.

On November 1-2 the Breeder's Cup Word Championship 2019 returned for the 10th time to the Santa Anita Park Racetrack, surrounded by the picturesque San Gabriel Mountains in Arcadia.

The Breeder's Cup is one of the most glorious events in Thoroughbred racing, displaying the world's leading and prime horses, owners, jockeys and trainers.

It was nationally televised and viewed by millions of horse racing fans who enthusiastically cheered as the beautiful thoroughbreds competed in one million dollar race after another. Everyone crossed their fingers hoping for no accidents to happen, after all 36 horses have died on this racetrack.

When Vino Rosso, bred in Kentucky by John D. Gunther, rode by jockey Irad Ortiz, JR crossed the finish line to win the $6 Million Breeder's Cup Classic the crowds applauded euphorically. The crowd of 67,811 was excited about this win over the predicted favorite horse Mckinzie rode by jockey Joel Rosario 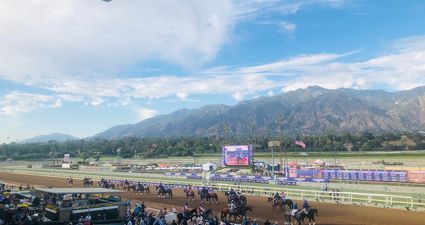 Unfortunately, a horse named Mongolian Groom rode by jockey Abel Cedillo, was running in third place when he accidentally took a dreadful step, which resulted in serious fracture of the horse's left hind limb. While NBC was broadcasting live to its prime-time audience a joyous celebration in the box at Vino Rosso's owner Mike Repole, the beautiful but seriously injured "Mongolian Groom" was quickly loaded into an equine ambulance and taken to a hospital on Santa Anita's barn area . After an examination, and diagnosis of a severe fracture of Mongolian Grooms left hind limb, he was tragically euthanized. Mongolian Groom became the 37th and most celebrated dead horse at Santa Anita.

I don't understand why this is happening? The tragic deaths of these 37 horses needs to be invested by proper authorities! Supposedly The Stronach Group, acquired and own the Santa Anita Park, Acadia since 1998 for $126 million, have executed more forceful drug and safety rules. Obviously not enough!

This past weekend events have opened the world's eyes to evaluating the future of horse racing in California and the United States. There cannot be continued abuse and needless deaths to these beautiful animals for the sake of horse racing, trophies, prizes, and money.

A reform must be enacted that assures that horse racing be regulated in an impervious and humane manner, that safeguards and protects the life and safety of horses and jockeys