By Jason Strangis
Outside the Box

Never forgetting about the wonderful and fun decade of the 1980s

1980s was about romance and real relationships and people getting together. 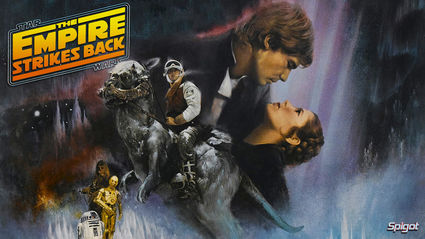 Meanwhile, video stores renting out those clunky old VHS movie tapes (remember them?) were in neighborhoods everywhere across the country. On the big screen, John Hughes' teenage heartbreak movies like "The Breakfast Club," "Sixteen Candles" and "Some Kind of Wonderful" were drawing younger viewers to theaters.

And in real life men and women would actually go out to nightclubs, talk with each other, and dance the night away. Totally radical, right? Back in the 1980s it was all about having a great time and having as much fun as possible. Unlike today's cynical and strangely unemotional age where the Internet and iPhones act as tin gods, the 1980s was about romance and real relationships and people getting together for an unforgettable time.

Those were magical times, the 1980s. Let's start with movies. Besides the teen angst films of John Hughes, there were other theatrical treats like "Back to the Future," "Ghostbusters," and the science fiction favorite "Star Wars: The Empire Strikes Back."

On the small screen, comedies like "Cheers" and "Family Ties" were incredibly popular throughout the decade, while cop shows like "Miami Vice" combined hip fashion, electronic music, and fast-paced action for the MTV generation.

In sports, the 1980s was the decade of rivalries: Magic Johnson against Larry Bird. Borg vs. McEnroe. Chrissie and Martina.

The San Francisco 49ers started a dynasty in the 1980s led by Joe Montana, while in hockey Wayne Gretzky and the high-scoring Edmonton Oilers also made a lasting impression by knocking off the mighty New York Islanders.

In the NCAA March Madness tournament, North Carolina State worked miracles to win an improbable basketball title in 1983. Two years later, another underdog in Villanova knocked off dominant Georgetown in the championship game.

Speaking of Cinderella stories, Dodger fans will never forget when the limping and injured Kirk Gibson launched his improbable home run off nearly-invincible relief pitcher Dennis Eckersley that took down the powerful Oakland A's in the 1988 World Series.

"She is... gone!" Those immortal words were shouted by legendary Dodger announcer Vin Scully as Gibson trotted around the bases, pumping his arm in triumph.

And let us never forget the seminal sporting moment at the start of the decade when the U.S Men's hockey team shocked the world by beating the heavily-favored Soviet Union and going on to win the Gold Medal at Lake Placid, New York. What a way to start the decade!

Yes, the 80s seemed to have it all when it came to sports, music, and entertainment. Yet

it's strange that the 1980s is often referred to as the "Me Decade." Nothing could be further from the truth. If there is a "Me Decade" it's the current one we are living where narcissism runs rampant and social media has taken over.

In reality, the 80s was the "Fun Decade" and anyone who says different is just plain wrong. I know, because I was in the prime of my life (my 20s) during that amazing decade. Often today I joke to people that at least I was lucky enough to have fun when fun was still allowed during the 1980s. Sadly many people today seem to be totally caught up in technology and gadgets instead of talking with people one-on-one.

What happened to the romance of yesteryear? It needs to come back in a hurry! 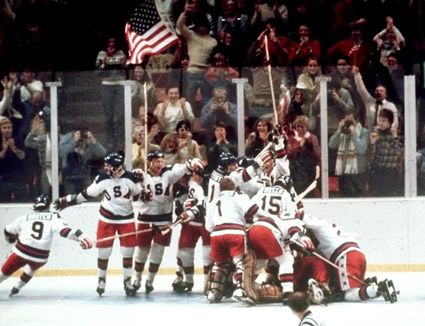 I don't mean to sound like one of those middle-aged fuddy-duddys always talking about "the good old days," but in the case of the 80s it really was true. It seemed like the party would never stop. But alas, all good things do come to an end at some time.

The feel-good 80s gave way to the downbeat and depressing 1990s, where Grunge Bands like Nirvana were all the rage and coffee shops sprouted up everywhere and acted as a sort of numbing hangout for the sadly lost "Generation X."

Luckily for me, I avoided those trends and focused on my writing career. But whenever I feel nostalgic, even to this day, I'll put on music from the 1980s and all the special and magical memories will come flooding back. If I'm fortunate and hear "Don't you (Forget About Me") by Simple Minds playing on the radio, I'll remember Judd Nelson's triumphant fist pump while walking across the football field at the end of "The Breakfast Club."