Queen & Slim on November 14, 2019 at the TCL Chinese Theatre and Post Party at the Rosevelt Hotel, Hollywood 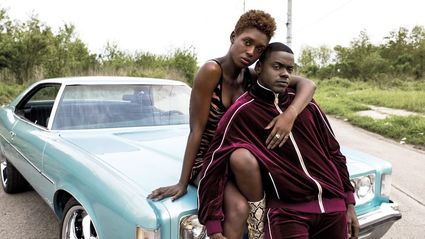 AFI Film Festival 2019 Opening Gala kicks off with Universal's "Queen & Slim" on November 14, 2019 at the TCL Chinese Theatre and Post Party at the Rosevelt Hotel, Hollywood by Rachel Ganz

"Queen & Slim" written by Emmy winner Lena Waithe, stars Daniel Kaluuya and newcomer Jodie Turner Smith as a young African American couple on a first date via Tinder, are pulled over by a white police officer for a minor traffic violation.

This film was the directorial debut of Melina Matsoukas, who graduated from the American Film Institute in 2005. Matsoukas has received directorial recognition over the years for her television episodes of "Insecure" and "Master of None", as well as for her work on music videos for Beyonce's " Formation" and Rihanna's "We Found Love".

This crime thriller "Queen & Slim" escalates fast to become a heroic "Black Bonnie & Clyde" after this Black couple on a first date are pulled over by a racist and over aggressive white police officer. The situation intensifies quickly when the young African American man shoots and kills the police officer in self-defense. 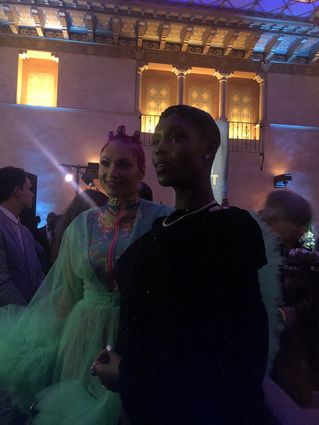 Writer of Queen & Slim at the after party on November 14, 2019 at the TCL Chinese Theatre and Post Party at the Rosevelt Hotel, Hollywood by Rachel Ganz

The woman, a criminal defense lawyer, and the man a Cosco retail employee, are forced to flee and go on the run, afraid for their lives. The couple unintentionally becomes a nationwide symbol of injustice after the incident captured on video goes viral. A getaway, which lingered almost two hours allowed the director to transform these fictional characters into appealing and courageous heroes. Their tragic deaths at the end by a police ambush made them martyrs.

This powerful story inspires empathy to the effects of racism and violence in our country today. "Queen & Slim" is an excellent cinematic triumph of visual story telling and a must see for everyone!