Once she was off the main street, the suspect grabbed the victim from behind, took her to the ground and began to violently strangle her 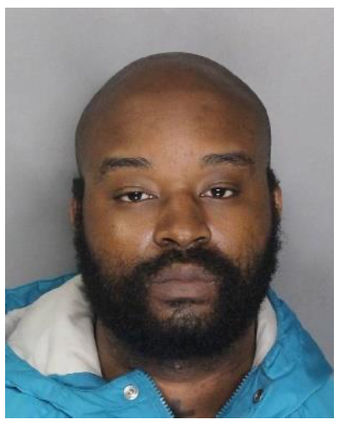 Kenneth Jordan Wilburn, 28, arrested for assault on an elderly woman on 7th Street South of Pico in Santa Monica

"We had an attack on an elderly woman on November 16 when she was walking home from a local store," writes Lt. Candice Cobarrubias, SMPD. "Our detectives identified the suspect and made the arrest working with Sacramento PD. We are asking the public's help in identifying any other potential victims," she writes.

On November 16 2019, at approximately 6pm, Officers from the Santa Monica Police Department responded to a radio call of a brutal assault that just occurred on a sidewalk in the 2100 block of 7th St. An elderly female was followed while walking home from a local grocery store. Once the woman was off the main street, the suspect grabbed the victim from behind, took her to the ground and began to violently strangle her causing her to lose consciousness multiple times during the attack. A random car driving by caused the suspect to stop his attack and flee.

After a thorough neighborhood canvas and a review of surveillance videos from the area, the Santa Monica Criminal Investigations Division was able to identify the suspect as Kenneth Jordan Wilburn (11/21/91), a Sacramento resident. On December 3, 2019, Wilburn was taken into custody by the Santa Monica Police Department with the assistance of Sacramento Police Department. Wilburn is being held on $60,000 bail. He is currently awaiting transport back to Los Angeles for the court proceedings.

Santa Monica Police Department is seeking the public's help in identifying any additional victims of similar assaults. Please contact Detective Nicole Murphy at 310-458-8941 or the Watch Commander at 310-458-8427 if you have any information to share.