Why you shouldn't rent a beach house the second week of January or February, 2020 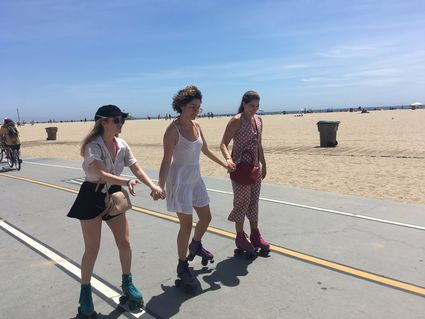 These tourists were unconcerned about King Tides last year

On February 8 through 11th, Southern California beaches will see similarly high tides just after 9 am.

If waves are high, well, frankly you don't want to be living in the Malibu Colony. Those houses will probably see waves in their living rooms. But not to worry, they're insured for that.

California State Parks and the Coastal Commission will highlight this year's King tides, as they did the last two years. From 10 to 11 am, they plan to live stream the event. 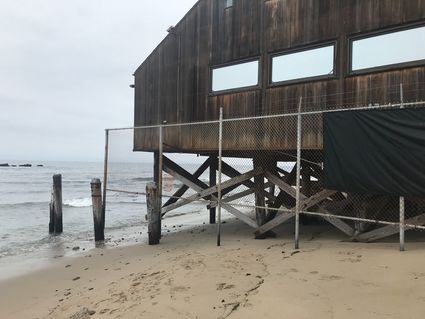 A house in Malibu Colony. Not a place to be during King Tides!

Tides are due to the relative position of the Moon, Earth and Sun. When all three align, tides are at their highest.

Some seismologists have also theorized that earthquakes are more likely during such alignments, as the stress on the Earth's crust is greatest.

A king tide is an especially high spring tide, especially the perigean spring tides which occur three or four times a year, according to Wikipedia.

King tide is not a scientific term, nor is it used in a scientific context. The expression originated in Australia, New Zealand and other Pacific nations to describe especially high tides that occur a few times per year. It is now used in North America as well. This is particularly true in low-lying South Florida, where king tides can cause sunny day tidal flooding.