By Lea Spicker
Special to the Observer 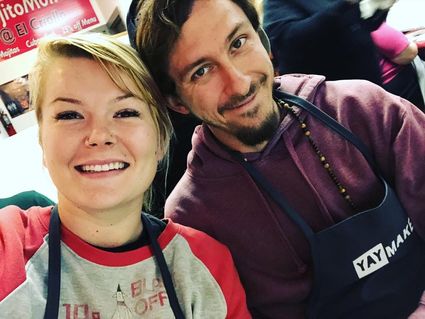 "Eric Corso graduated from Santa Monica High School in 2009," says Lea Spicker. "We met freshman year and began a friendship that blossomed into a beautiful and even stronger friendship after high school."

Editor: I am writing to you in hopes that you could help me in helping one of my closest friends Eric Corso's family.

Born and raised in Santa Monica, California. Eric is one of 3 children of Kathy and Nick Corso. Being a santa monica high school alumni, and very loved within the community, he was an inspiration and teacher to many.

On December 10th 2019, Eric had a bad seizure, the paramedics were called, when they arrived his heart stopped. They were able to revive him and get him to the ER. He was in a comatose state and on a breathing tube. He was unresponsive, in a dream-like state, and very comfortable.

His first MRI, showed anoxic brain injury, caused by a lack of oxygen to the brain when he went into cardiac arrest on Tuesday morning.

Eric has had a seizure disorder for years and has been in/out of the hospital with seizures often. Unfortunately, this time he was in a compromised position when he fell and it cut off his airway, cutting off the oxygen to his brain.

Eric's primary neurologist conducted a series of tests and he was still completely non-responsive, his pupils would not dilate. After a 2nd and 3rd opinion, from some of the best doctors in LA, every single one unanimously agreed that every single part of his brain had been destroyed, even his brainstem.

His family took the time to meditate and pray on what Eric would truly want so that they could be an advocate and a voice for HIM.

They want to honor his wishes and desires. Knowing his strong aversion to traditional Western medicine, they have agreed with the doctors diagnosis and would be taking him off life support on Monday December 16th 2019.

Sunday December 15th, around 2:30 pm Eric Joe-Fish "Chauncey" was declared brain dead. December 15th, is the official time and date of death, although his heart continues to beat, and the ventilator continues to breath for him. He had being given hormones to regulate and help support various bodily functions. He felt no pain and the entire nursing staff attended to him constantly.

The family began the organ donation process which is time-sensitive and complex. Over the next 48 hours they diligently searched for viable matches to receive his organs. There are over 120,000 people out there right now waiting for a transplant. The family liaison from the organ donation organization was so patient and gracious and warm. He shared with his family the miracles of this special gift:

Only 1 out of 1,000 people who die are eligible to donate their organs. And it's even more rare for the donor to be young and healthy and have multiple organs to donate. Eric's body could potentially save over 10 lives. Just ONE of his livers could save 2 children!

It had been moments like this that have kept us, the family and Santa Monica community all lifted up. Tethered together. Grounded in God.

Tuesday, December 17th at 5 PM was Eric's Honor Walk. As he was wheeled out of his hospital room, his family in tow, on his way to the operating room, all of the doctors and nurses in the entire hospital stepped out into the hallway to watch the procession and pay their respects.

They walked him to the operating door where they said their final goodbyes. Once taken inside to the team of surgeons, they closed the doors and read the final words they had written before they begin surgery. They also played one of his favorite songs "Trying People" by De La Soul. 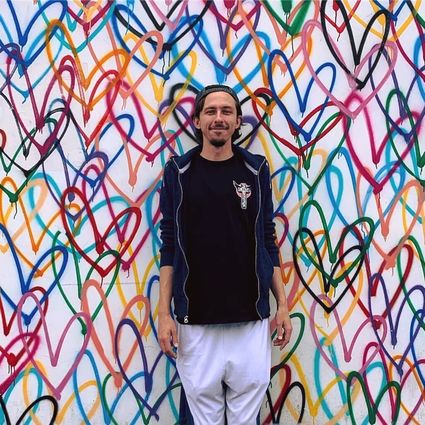 Born and raised in Santa Monica, California. Eric is one of 3 children of Kathy and Nick Corso

Miraculously, there was a match made for Eric's heart and lungs. So even though all of our hearts are super heavy, we have all taken a moment to realize that somewhere out there is a woman who is preparing to receive Eric's heart and with it, a whole new life. There's a man out there, taking the medications and preparing to go into a hospital for surgery to receive Eric's lungs, and with them, the gift a whole new life. What a blessing! Their prayers are being answered, and for that our hearts are so full. And so it goes....

Please help me, in helping his family, by taking as much as the financial burden off of them as possible. Eric was receiving some of the best care in the ICU at St John's Hospital, Santa Monica and I just want them to not have to worry about anything else except grieving their precious, beautiful, baby boy.