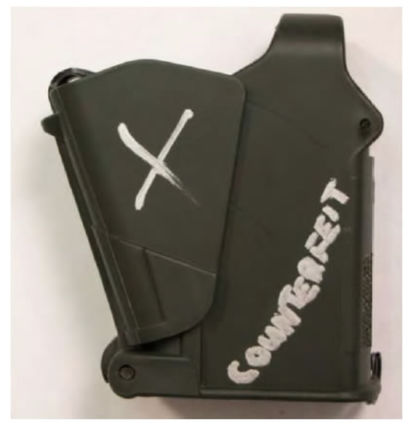 Even a product clearly identified as "COUNTERFEIT" was sold by Amazon via its pallet/box liquidation. Rather than destroy or quarantine counterfeits and knockoffs as it should, Amazon simply sells the infringing products for profit and passes the problem (and products) on to someone else.

A U.S. Federal Court lawsuit, Maglula, Ltd. v. Amazon.com, names global-giant Amazon (AMZN) as the direct seller of its counterfeit products. Maglula's lawsuit alleges they repeatedly warned, then purchased counterfeits of their trademarked and patented products from Amazon as a direct seller through Amazon's platforms. Maglula found that Amazon even sold returned counterfeit Maglula merchandise to third-party liquidation-centers for resale.

What is particularly concerning is that many consumers believe products sold by Amazon itself ("Ships from and sold by Amazon.com") are vetted and they are protected from counterfeit goods. They are not. Trademark and copyright-laws are broken en masse on the Amazon platform - which has been reported ad nauseam by media sources, research firms, and even Amazon's own legal litigations.

For years, Amazon successfully thwarted lawsuits for the sale of counterfeits on its platform claiming they are "merely a venue" for the sale of such products, as opposed to being the actual seller. Trademark and patent infringement lawsuits continued to pile up across the country.

In 2013, bedding manufacturer Milo & Gabby challenged Amazon's counterfeit practices and victimization by overseas knock-off sellers. Amazon prevailed in Milo & Gabby v. Amazon.com, Inc. -- and the subsequent appeal in 2017 -- allowing Amazon to operate carte blanche to facilitate and profit from the sale of counterfeit and other illegal products. The ruling concluded with, "the company was not behind the counterfeit content listed on its site, and had technically not made an 'offer to sell' - the legal requirement to hold Amazon liable for third-party sales of counterfeit goods. The case also laid out the criteria that future plaintiffs would need to satisfy in order to successfully sue over similarly infringing items.

The ruling instantly removed Amazon from legal liability for over 50% of what consumers see on their site. IP-infringing, hazardous, or otherwise illegal goods from third-party merchants flooded Amazon, stored and shipped by Amazon, with complete impunity for the company.

Deluged by counterfeits and consumer inquiries, Maglula didn't give up but amassed shocking and compelling evidence of Amazon's nefarious activities.

However, industry insiders fear that this lawsuit stands a good chance of disappearing from public view and being settled out of court - as are many other suits that Amazon fears they may not win.

For example, Daimler AG, the parent company of Mercedes-Benz, sued Amazon claiming the e-commerce giant was a direct-seller and distributor of counterfeit Mercedes-Benz products. Daimler didn't just sneakily take a screenshot of some wheel caps, shout "gotcha!" and push the sue button. Just like Maglula and so many other merchants complaining about their products being counterfeited, replicated, and sold on the e-commerce giant's websites, Daimler warned Amazon in advance, clearly pointing out the infringements, but it was all to no avail. Amazon's response proved inadequate to keep such infringing items off the site.

"If the allegations set forth in recent lawsuits are to be given any weight, Amazon is sorely lagging in its efforts to police its platforms for fakes, meaning that the consumer is left with the responsibility of attempting to distinguish between authentic and infringing products, which is often a daunting task" says Julie Zerbo of the Fashion Law Blog. 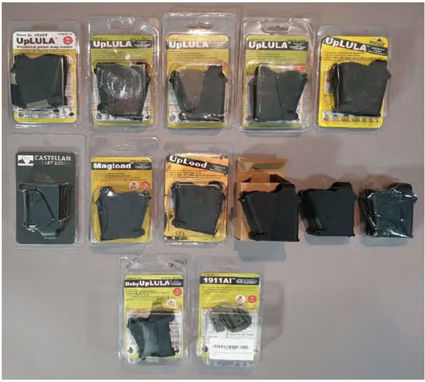 Since September 2016, Maglula has identified and collected eleven knock-off versions of its best-selling UpLULA® product-the genuine version of which is manufactured only in Israel. Maglula has also collected over forty knockoffs of Maglula's IP-protected UpLULA® loaders from customers who purchased directly from Amazon.

Yet, in settings such as swap meets, contributory or vicarious liability for copyright and trademark infringement can be imposed on the swap meet operator when it facilitates and turns a blind eye to infringement, and financially benefits from the infringements, even indirectly (via entrance fees, concession sales, and the like). (Fonovisa, Inc. v. Cherry Auction, Inc., 76 F.3d 259 (9th Cir. 1996).

However, in e-commerce litigation, the substantial cost of litigation (if the seller can even be identified), and the erosion of ongoing sales, market share, and brand-destruction occur long before the conclusion of litigation.

There is no doubt that we now live in a time where the law lags far behind technology. As a result, Amazon enables and fosters a market place reaching millions of customers, where anyone can sell anything, while at the same time taking little responsibility for their actions and ignoring infringement complaints.

There is no incentive for Amazon to clean up its websites -- they make too much money. Amazon made $11.2 billion in profit in 2018 and $5.6 billion in 2017 but paid no federal income tax.