The Winners are California Tax Collectors, and the losers are pretty much all the rest of us 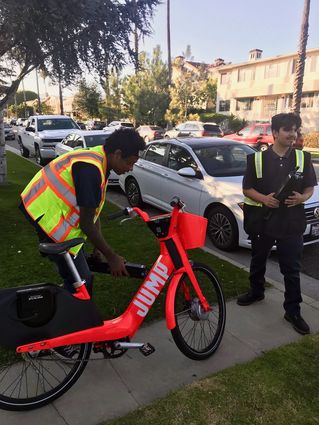 The short list of winners under California's gig economy law and the long list of exceptions to it act like a neon sign announcing who controls the power in this state. The winners are the government treasury, organized labor unions, and such a tiny number of workers that they are barely worth mentioning. The losers are everybody else, including employers (mostly of small businesses), consumers, and, most notably, the lion's share of workers currently operating as independent contractors. Most of the latter are going to lose their jobs.

What is the Gig Economy Law, or AB 5?

The new law that takes effect this month, Assembly Bill No. 5, is billed as a mere codification of a 2018 California Supreme Court decision, Dynamex Operations West v. Superior Court of Los Angeles. Here the court settled on an "ABC" test to determine whether a worker should be classified as an employee for purposes of labor law, payment of taxes, and claims for benefits. A worker may only be classified as an independent contractor if:

C) The person is customarily engaged in an independently established trade, occupation, or business of the same nature as that involved in the work performed.

The Losers Under AB 5

AB 5 has sent ripples of fear, anger, and outright panic among the millions of California workers who have been working independently at such jobs as rideshare driving, freelance writing, captioners for the deaf, and many others. Business Insider estimates over 7,000 workers have already lost their jobs. Forbes believes hundreds of thousands of current independent contractors will be affected. Most of those will lose their jobs rather than have their employers take on the additional cost of classifying them as employees. And it's not only cost. Once a worker is an employee, all sorts of labor laws apply, causing the employer to regulate the worker's breaks, vacations, and overtime. Employers who are outside the state will also have to abide by the law, making them more likely to choose workers who live outside of California and can remain independent contractors.

Employers of large corporations may be able to absorb (some of) the blow from reclassifying their workers as employees, but small businesses will not. They will hire less or no employees. All of the people they presently engage as independent contractors, such as delivery drivers, bartenders, and writers, will be let go.

Data reveals that 75 percent of freelancers work independently by choice. And here's why: independent contractors have been earning more than 70 percent of workers in the U.S., with a median income of $28 per hour, according to Forbes. With AB 5, they will be earning zero.

Another big group of losers under this law will be the consumers. We will be on the hook as employers pass on the additional cost of paying taxes and administering human resources. This law is, essentially, yet another tax (a regressive one) on the people of the state.

The Winners Under AB 5

It is clear that many workers and consumers lose under this legislation. But who wins?

The number one winner is the treasury of the State of California. While independent contractors must pay taxes on the income they receive from employers, they are not paying unemployment taxes, disability, and Medicare taxes. When workers become employees instead of independent contractors, they force their employers to pay these additional taxes, and the state treasury swells.

When Governor Gavin Newsom came out in support of the bill, part of his rationale was that "taxpayers are left to foot the bill" if employers have not been contributing to workers' compensation and unemployment insurance. This is patently untrue. If an independent contractor get injured on the job, California taxpayers don't pay a dime for his medical expenses. If an independent contractor loses his job, taxpayers don't given him a nickel to compensate him for the loss.

In fact, this very aspect of independent employment is how the bill's author, San Diego Assemblymember Lorena Gonzalez, rationalized the law. It prevents workers from "opening yourself up to exploitation," as she puts it.

Our state government finds it convenient to infantilize the adult work force and imagine they are incapable of purchasing their own health insurance (hey, I thought that was a law anyway), saving money, or contributing to their own IRAs. When adults are considered too immature to take these precautions, the state justifies taxing other adults and collecting a great deal of money.

Another way the state wins is by forcing current independent contractors to buy business licenses, as this is one way to avoid having to be classified as an employee. That means taking money out of the pockets of people who are already scrambling to make a living and putting it into the government's treasury. Talk about exploitation.

Besides the state government, the big winner under AB 5 is organized labor. Labor unions were once a vital factor in winning basic rights to life and safety for physical laborers. Now they are wealthy political actors, strong-arming workers of all sorts of fields into paying dues to fund the unions' extensive lobbying efforts and political donations. The Service Employees International Union basically owns the Democrat members of our state legislature.

And they wanted AB 5. Of course they did. Though the total workforce in California is going to shrink, every single worker who manages to keep his or her job will be available to organize into a labor union, to which this worker will pay dues and to whom they will owe allegiance. This results in more money and more power for the labor unions.

And Who Had the Influence to Get Exempted from AB 5?

And now let's look at all of the exceptions that were carved out for highly specific industries. These lucky independent contractors will not have to abide by AB 5. This includes all professionals (accountants, lawyers, architects, etc.), direct salespeople, travel agents, HR administrators, graphic designers, and grant writers. There are about fifty exceptions. 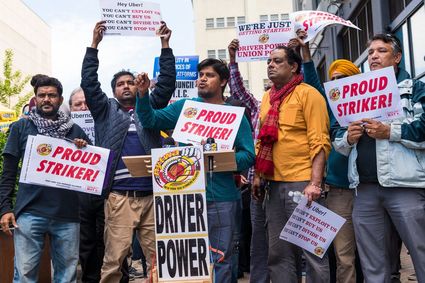 You can bet your bottom dollar that every one of the industries who have been excepted from the conditions of the legislation has an active and well-funded lobbying group in Sacramento. And every industry that has been hard hit is legislatively naive, does not have a well-organized group, and does not have money - all of which would be common for workers who are spending their time putting food on the table rather than politicking. Oh, wait. Those are supposedly the people AB 5 is going to help. Instead, they are the people who've been targeted by it, either losing their jobs or their freedom.

The winners under AB 5 are not the poor, exploited masses. The winners are the well-heeled and the powerful. For the bill's author, the governor of California, or anyone else to claim otherwise is cynical and utterly disingenuous. This law could not be better designed to increase homelessness, despair, and poverty, particularly when enforced in conjunction with the state's raised minimum wage.

We didn't expect anything less of you.

Very thorough and to the point. Another excellent piece from Erdley.

I am a thirty year resident of Santa Monica. I also work in Santa Monica in a union job and no one has ever strong armed me into paying my union dews. I gladly pay them. It's well worth it.

Trump supporters love to brag about our great economy but when it comes to treating employees fairly... business owners enjoying record profits suddenly can't afford it and have to be dragged kicking and screaming into treating their workers fairly. Okay, which is it? Is this Trump economy really so great OR are the workers that keep companies running really such a big financial burden that they threaten their business? If your business model is dependent on low paid workers with no benefits, perhaps it is a flawed business model that is a detriment to the community after all.