"Knots Landing" was a popular CBS soap operas from 1979 to 1993, for those of you too young to remember! 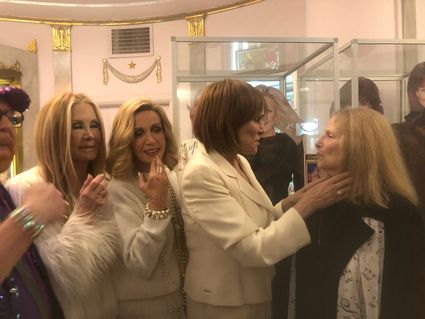 It was a very thrilling evening at the Hollywood Museum (located in the Historic Max Factor Building ) 1660 N.Highland Ave, Hollywood, on Saturday evening January 18 , 2020 from 6-8 PM

All the beautiful leading stars, Donna Mills, Michele Lee, and Joan Van Ark from"Knots Landing" were reunited for the 40th anniversary of "Knots Landing" with the unveiling of the gorgeous costumes worn by these three leading ladies

"Knots Landing" was one of the most popular prime time television soap operas from December 27, 1979 to May 13, 1993 on CBS. This show was created by David Jacobs in partnership with producer Michael Filerman.

"Knots Landing" a sequel of "Dallas" focalized on the lives of four married couples living on the cul-de-sac, Seaview Circle a fictitious seaside suburb of Los Angeles. 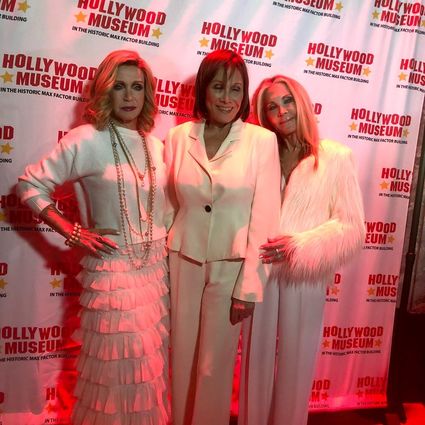 It was exciting to see the chemistry and connection between the three leading ladies Donna Mills, Michele Lee and Joan Van Ark.

There was the chattering rumor that perhaps a "We are still around" sequel will manifest on Television soon!