Honorees include: "The Farewell", "Uncut Gems", "Judy", "The Lighthouse", "Parasite", "Booksmart", "Give Me Liberty", "See You Yesterday", "Marriage Story", and "American Factory". 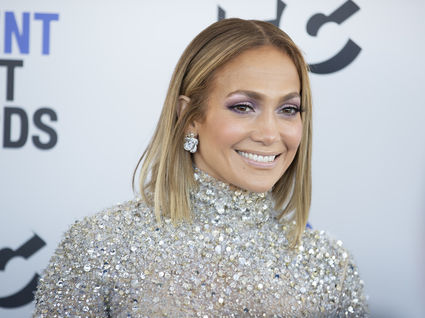 Actress Jennifer Lopez on the Blue Carpet at the Independent Spirit Awards.

The films honored this year include: "The Farewell", "Uncut Gems", "Judy", "The Lighthouse", "Parasite", "Booksmart", "Give Me Liberty", "See You Yesterday", "Marriage Story", and "American Factory".

"The Farewell" won the top award of the night -- Best Feature -- as well as the award for Best Supporting Female (Zhao Shuzhen). Directed and co-produced by Lulu Wang, "The Farewell" tells the story of an aspiring Chinese-American writer (Awkwafina) and her family who, after learning that their beloved matriarch and grandmother, Nai Nai (Shuzhen), has terminal cancer, decide to keep her from learning that she is dying. Instead, they stage an elaborate, fake family function in China in order for everyone to come together and see Nai Nai one last time. "The Farewell" marks actress, comedian, and rapper Awkwafina's first dramatic role after her breakout success in the films "Crazy, Rich Asians", "Ocean's 8", and "Jumanji: The Next Level".

"Judy" won the award for Best Female Lead (Renée Zellweger). The film chronicles the last years of the sad and turbulent life of Hollywood legend, Judy Garland (Zellweger), focusing on her final, sold-out performances at the world-famous "Talk of the Town Nightclub" in London. Zellweger's performance is transformative and deeply moving. She also won Best Actress at the 2020 Academy Awards for this role.

"The Lighthouse" won two Independent Spirit Awards: Best Supporting Male (Willem Dafoe) and Best Cinematography (Jarin Blaschke). Set in the late 1800s, this chilling psychological drama focuses on a creepy and eccentric lighthouse keeper (Dafoe) and his mysterious new assistant (Robert Pattinson) who slowly go insane after a terrible storm leaves them stranded for months at their posts at a lighthouse on a remote island. The film was shot in black and white and employs a 1.19:1 (almost square-shaped) aspect ratio that is reminiscent of the Movietone format used in the mid-to-late 1920s when the first sound films ("talkies") were being produced. "The Lighthouse" was co-written, directed, and produced by Robert Eggers, who previously won two Independent Spirit Awards in 2017 for "The Witch".

South Korea's brilliant and disturbing social satire, "Parasite", won Best International Film at the Independent Spirit Awards. Directed by Bong Joon-ho, this film focuses on a destitute South Korean family that lied about their identities and qualifications in order to be employed as the household staff of an extremely wealthy family. The film highlights the dramatic wealth and class disparities endemic to South Korea. "Parasite" also won the 2020 Academy Awards for Best Picture, Best Director, Best International Feature Film, and Best Original Screenplay.

The Independent Spirit's Robert Altman Award and its award for Best Screenplay went to the Netflix film, "Marriage Story", which focuses on a theatrical director and his actress wife filing for divorce and battling for custody of their child. The film was written and directed by Noah Baumbach, and stars Scarlett Johansson, Adam Driver, Laura Dern, Ray Liotta, Alan Alda, Julie Hagerty, Azhy Robertson, and Merritt Wever.

Best Documentary went to "American Factory", a film about the culture clash caused by a Chinese billionaire opening a new factory in an abandoned General Motors manufacturing facility in Ohio. The film also won the 2020 Academy Award for Best Documentary Feature.

The John Cassavetes Award (for best feature made for under $500,000) went to "Give Me Liberty", which follows a medical transport driver (Chris Galust) who has to transport a headstrong, wheelchair-bound woman with ALS (Lauren "Lolo" Spencer), a Russian boxer (Maxim Stoyanov), and a group of seniors to a funeral during a riot in Milwaukee. 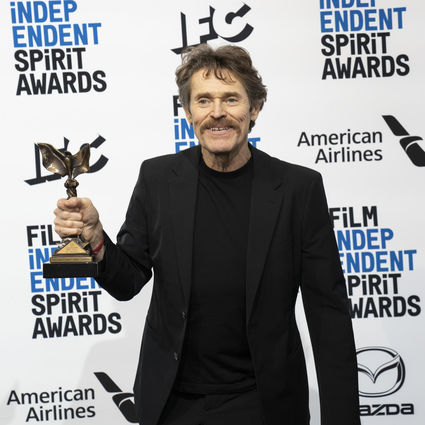 The Independent Spirit Award for Best First Screenplay went to Fredrica Bailey and Stefon Bristol for "See You Yesterday", a film about two African-American, teenage science-prodigies who invent time-traveling backpacks so that they can travel back in time in order to stop a family member from being wrongfully killed by the police.

Hosting the Independent Spirit Awards for the second consecutive year was the hilarious and irreverent Actress Aubrey Plaza, who starred in the hit TV series, "Parks and Recreation", the Adam Sandler comedy, "Funny People", the zombie comedy, "Life After Beth", and the 2019 remake of the classic horror film, "Child's Play".

Film Independent, the organization that sponsors the Independent Spirit Awards, uses the awards show as its primary fundraiser for their year-round programs, which include sponsoring five independent filmmaking intensive labs and a weekly movie series at the Los Angeles County Museum of Art.