Report: St. Monica's Catholic School Locked Down by Woman With a Gun

Same suspect may have been involved in an assault on a priest at St. Monica's 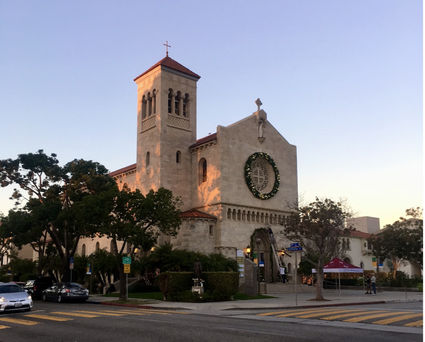 St. Monica's Catholic School was on lockdown Friday afternoon after a woman with a gun walked into the Sacred Grounds coffeeshop.

On the last day before Coronavirus closed local Catholic schools, St. Monica's Catholic School was locked down today after a woman with a gun attempted to rob the Sacred Grounds cafe. This according to reports on social media.

Homeless people do congregate in Reed Park across the street. It's unknown however, whether the suspect was a homeless person.

We have asked the Santa Monica Police, who reportedly arrested the suspect, to confirm this story.

About a month ago, a woman was washing clothes and bathing in St. Monica's baptismal font. She was challenged by a priest. She reportedly assaulted the priest then the security guard. It's unclear whether Friday's incident involved the same woman or not. 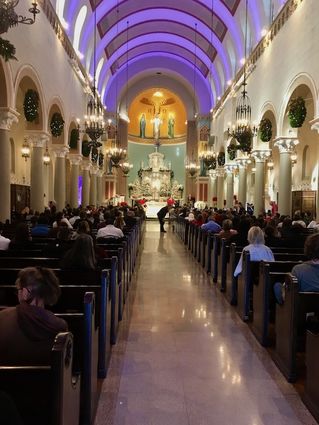 This social media post relates to the February 4th incident: "I was at Reed Park with my kids this afternoon. We saw a bunch of cops at St. Monica's, and I asked an officer what had happened. He told me that a homeless woman had been found washing her coat in the baptism font. The priest approached her, and the woman assaulted him. She then attacked a church security guard."

"The police were called but the church refused to press charges, so they let this crazy woman go on her way. She walked past the Reed Park playground, and was screaming obscenities at children."

"The police said there was nothing they could do, even though this woman is clearly very unstable. They also said they couldn't do anything about a group of very intoxicated men who were swearing and acting inappropriately right next to the basketball courts, which were filled with young kids taking lessons."

"Really shocking that even an assault on a clergyman comes to nothing in this city. I wish the church had pressed charges and helped prevent someone else getting attacked, as it's clearly only a matter of time."