An update from Dr. Otto Yang, Doctor of Infectious Disease at UCLA contains some reassuring news 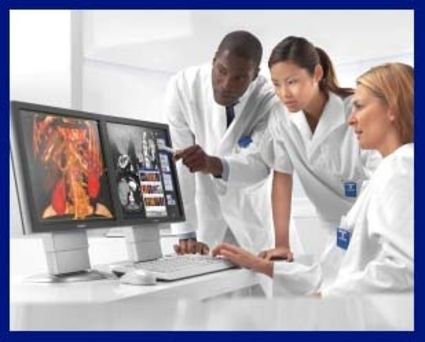 A UCLA MD explains why Coronavirus death rate is probably a fraction of 1%, rather than the 3.4% reported from China

"What will the final overall mortality rate be? It seems highly likely that it will be south of 1% (versus the current media reports of greater than 3%). Perhaps 0.5% or less? We'll see. But it's not like the 1918 Spanish flu that had a mortality that some estimated to be as high as 10%."

Hi Everyone, I hope you find this helpful re the Corona Virus issue:

I've seen so much misinformation making the rounds, and increasing panic, so I thought I'd share my thoughts in follow-up to my earlier posts. The situation is continuing to evolve, but overall nothing has changed drastically from my prior posts.

Transmission and protecting yourself.

All RELIABLE data to date still indicate that the virus is carried in respiratory droplets from infected persons who cough/sneeze and NOT aerosol.

What this means is that the virus doesn't float through the air and you don’t get infected by breathing the same air as an infected person. To get infected, a person has to cough forcefully in your face so that droplets land directly on susceptible cells in your eyes, nose, or mouth. Alternatively, the droplets with virus land on a surface, you touch that surface, and you touch your face.

This means that unless you are directly in close contact with an infected person, no mask is necessary (e.g. walking in public places where you are several feet away from others). If you're in a crowded area face to face with others, a regular mask may be appropriate (with eyewear). The mask isn’t acting as a filter; it is acting as a shield against droplets. So that also means an N95 is not needed. It is no more useful as a shield than a regular mask. One thing that HAS changed since my last posts is that authorities are relaxing about healthcare professionals wearing N95 masks.

The Canadian CDC, for example, is requiring only normal masks in hospitals (unless the patient is getting a high-risk procedure that generates a lot of aerosols) and normal isolation rooms without negative airflow. Our own CDC, as well as local public health authorities, are also considering downgrading their current isolation protocols.

There are reassuring reports, such as two airplane passengers with COVID-19 on a 15-hour flight who did not transmit to anyone on the plane.

Bottom line: You don't need an N95, and you don't even need a regular mask. You might consider a regular mask if you will be in very crowded areas especially around international travelers and if you are at higher risk for serious illness.

Who is at risk for serious illness?

The data are clear that age is a major factor. Mortality takes off rapidly starting around age 40-50. Still, as I discussed earlier, current mortality estimates appear to be quite high, and true mortality is probably much lower due to the under diagnosis of mild cases.

Best guess now is that overall 80% of people have mild illness not requiring hospitalization. About 5% will have a very severe illness.

This is overall; again age is a huge factor. No children under 10 have died according to a large case series from China (with the caveat that their reports are not always reliable).

What will the final overall mortality rate be? It seems highly likely that it will be south of 1% (versus the current media reports of >3%). Perhaps 0.5% or less? We'll see. But it's not like the 1918 Spanish flu that had a mortality that some estimated to be as high as 10%.

Besides masks, handwashing and surface decontamination are absolutely essential. It's not clear how long the virus lives on a surface, although people are citing very detailed exact numbers....

We don't know, but it's moot. Who cares? Treat every surface like it could have a virus. Again, bleach or Lysol-type wipes and sprays are extremely effective. Hand sanitizer should have at least 60% alcohol; soap and water are better if you can wash your hands. If stores are sold out, buy rubbing alcohol and mix it with a moisturizer like aloe gel at a ratio of 1 part to 2 parts alcohol (66% alcohol).

Should you stop going to public places and events?

General rule: If you can control your distance from other people and decontaminate things you have to touch, it's probably OK. Again, the virus doesn't float in aerosol. So, if you go to a gym and can wipe stuff down and you can keep a distance from people, that's probably fine. Going to a punk concert where people are slam dancing... not so much.

And again, this has to be weighed with personal risk, including your age. Diabetes, chronic lung disease, and cardiovascular disease are also significant risks for severe disease. Weigh all this in your decision.

Also remember, you need to protect those around you, and that is a matter of personal responsibility. You want to protect not only yourself, but everyone you know who may be exposed to you, and weigh that in your risks too.

There has been a document "from Stanford” floating around. It demonstrates a dangerous trend, which is mixing true useful information that comes from reliable sources with total nonsense.

Washing hands? Yes, absolutely. Gargling with saline? Not useful. Taking deep breaths to see if you have lung fibrosis? Nonsense, that is not even worthy of being on House MD.

Drinking water every 15 minutes to wash the virus into your stomach where it is killed by acid? Makes absolutely no sense; once a virus hits a cell it will stick and enter quickly. This is only useful for causing you to pee every 15 minutes.

What's on the horizon for treatment?

Right now, treatment is "supportive care," which means providing oxygen and breathing artificially if you can't breathe well enough until your body recovers naturally. The virus causes an inflammatory process in the lungs that impairs their ability to exchange oxygen. If the inflammation gets very bad, your body can develop shock, with low blood pressure and multiple organ failure, which is the common "sepsis" syndrome seen with any overwhelming infection.

As for specific treatment, the most promising agent now is a drug that was being developed to treat SARS before it disappeared, called Remdesivir. It blocks an enzyme used by the virus to reproduce its genetic material.

A few major medical centers are involved in clinical trials of this drug (I am the principal investigator who has enrolled UCLA in a trial), and the company with this drug (Gilead) has a program to issue the drug as a "compassionate use" agent, i.e. a doctor can request it for desperate cases, although my understanding is that Gilead is being overwhelmed with these

requests and it may be hard to get.

A big unknown that has not been discussed much in the press is seasonality. The other coronaviruses (including SARS) tend to be most active in fall-winter months and wane dramatically in spring-summer. SARS in fact totally disappeared, never to return (against all expectations and predictions).

I doubt this virus will disappear, but we may see a dramatic decline when the weather warms; it's too early to say if we’ll be this lucky. In the meantime, we all need to take personal responsibility to slow its spread. We won't stop it, but we may reduce the number of cases and save many lives.

Even if in the worst-case scenario we can't reduce the number of cases, just slowing it down will be very helpful. The problem in Italy now, where there aren't enough ventilators for patients and they are dying in the hallways, is that too many cases have presented all at once. If we slow it down so that the cases we get are spread out over time, that will prevent our health system from being overwhelmed in that way. It's like releasing water from a dam; a controlled flow is manageable but a sudden onslaught is not.

Above all, be rational and don't panic. We'll get through this. Hopefully, our CDC will step up and overcome its completely inadequate management of surveillance and testing thus far, and private companies will bring testing online to make up for this egregious shortcoming of CDC leadership.

I hope that this information is helpful to you. Stay safe and healthy!

You featured ONE doctor's opinion. There are plenty of other specialists that disagree with him.