Covid 19 Cases Increase Among California's Homeless Population, But not to Epidemic Levels

The County has 30 diagnosed cases in county jails; one inmate, and 29 staff have been diagnosed. 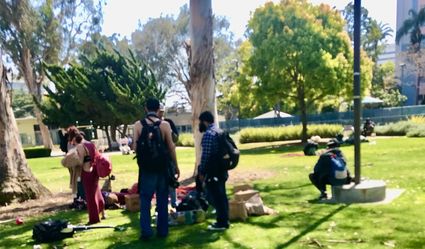 While Palisades Park has been closed and fenced off, Reed Park remains filled with homeless people during the Coronavirus emergency.

One mystery of the Coronavirus crisis is why more homeless people have not been diagnosed with the illness. 10 cases have been diagnosed so far among LA County's homeless population, reports Dr. Barbara Ferrer, Los Angeles County Dept of Health chief. One diagnosed case is described as a resident of a homeless shelter.

1510 positive cases have been hospitalized; which is 22 per cent of all diagnosed cases. 869 currently are hospitalized, 132 people are in ICU. 121 institutions have cases--total number is 552. 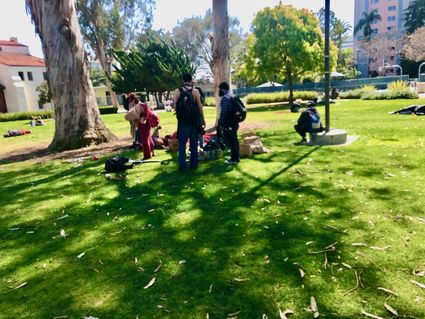 10 cases have been diagnosed in Cal. State prisons, says Ferrer. 8 inmates and 2 staff, two staff in juvenile facility. Two staff members positive at homeless shelter, one resident. 35,300 in LA Co. have been tested, 14 per cent were positive.

"We believe we have another 20,000 negative lab results. Wealthier communities have been tested more than poorer communities. said Dr. Ferrer.

Sheriff's deputies will respond to domestic violence calls, says Dr. Ferrer. Domestic Violence shelters are also open, she noted, "and will take you in if you need it. Call 1-800-978-3600 for assistance if you are a victim of domestic violence.