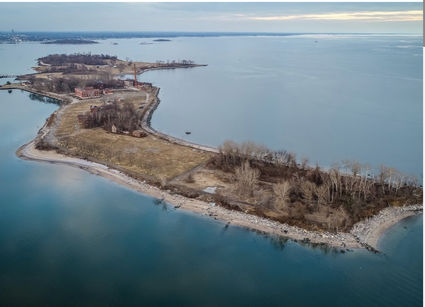 An aerial view of the cemetery on Hart Island

Hart island has got to be one of the creepiest places on this planet. Used at various times as a sanitarium, a prison and a Potters Field type cemetery, the City of New York admits it's burying its Coronavirus dead on the 100 acre Island at the West end of Long Island Sound.

Hart Island can be seen from nearby City Island, which unlike Hart, has a population and a bridge to nearby Bronx. The coronavirus pandemic is killing hundreds of people in New York City each day.

To accommodate the dead before families claim them, the city's medical examiner expanded temporary refrigerated storage to hold 3,600 decedents, up from the usual 900.

However, a policy change posted to the medical examiner's website suggests that room is running out: Bodies that families don't claim within 14 days of death will be catalogued and interred in a mass grave site on Hart island.

Funeral directors said other policies described by the medical examiner during a conference call on Tuesday could make it even harder to serve families.

The first burials on Hart Island were those of 20 Union Army soldiers during the American Civil War. On May 27, 1868, New York City purchased the island from Edward Hunter, who also owned nearby Hunter Island, for $75,000. 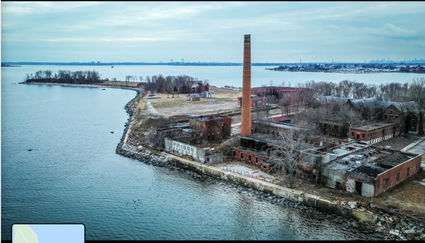 An aerial view of the cemetery on Hart Island

City burials started shortly afterward.In 1869, a 24-year-old woman named Louisa Van Slyke, who died in Charity Hospital, was the first person to be buried in the island's 45-acre public graveyard. The cemetery then became known as "City Cemetery" and "Potter's Field".

By 1880, The New York Times described the island as "the Green-Wood of Five Points", comparing an expansive cemetery in Brooklyn with a historically poor neighborhood in Manhattan. The newspaper also said of Hart Island, "This is where the rough pine boxes go that come from Blackwell's Island", in reference to the influx of corpses being transported from the hospitals on modern-day Roosevelt Island.