Beaches are closed, parks are barricaded, the City is going broke and no one knows when this will end. It was perhaps inevitable that people would look for someone to blame. 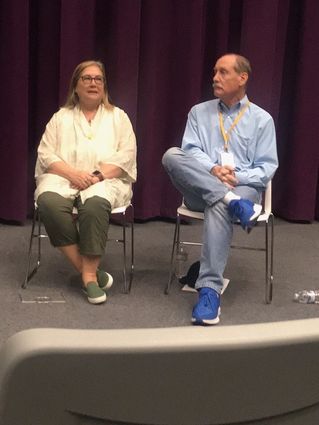 4/15: An online petition appeared on Thursday morning 4/9/2020, and seeks to fire Santa Monica City Manager Rick Cole. This after a Tuesday night City Council meeting, where he and other discussed whether Covid-19 and its attendant loss of revenue to the City, require the City to furlough some of its employees.

Mgr. Cole sent us the following comment after an earlier version of this story appeared online:

"At the meeting, I did not advocate for furloughing workers, a topic which was not on the agenda. And I said we expect revenue to be down 40% over the whole of next year not the last four weeks – the current drop is actually much worse compared to last year. And the City has 2200 not 500 workers. Finally, SEIU does not represent any workers in Santa Monica."

"I have said and will continue to say that the City, like virtually every private business, public institution (beside the CDC) or university will have to have a smaller workforce for the foreseeable future, not only because of dire revenue shortfalls but because of dramatic changes in how we have to operate. Like everyone else, I hope the Federal government can help, but I don’t think anyone can count on them."

If you want my comment on the petition it’s this: we still live in a free country and I respect their right to express their opinion." Cole added.

Beaches are closed, parks are barricaded, the City is going broke and no one knows when this time period will end. It was perhaps inevitable that people would look for someone to blame.

The online petition also seeks to fire his assistant manager Katie Lichtig. Santa Monica has a City manager type government. The mayor is a ceremonial position, and important day to day decisions are made by the City manager.

Cole has said that the City expects a $226 million budget shortfall in 2020, and that revenues will fall 40% from last year.

The petition reads in part: 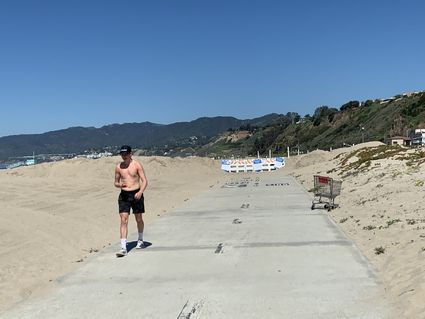 The petition may be seen in full at www.change.org. As of today it has 2000 signatures.

"Undeniably, the City has seen major losses in revenues due to the COVID-19 crisis, but it has $70 million in financial reserves, expressly for the purposes of sustaining operations during emergencies, disasters, and times of economic uncertainty. So why the big rush? Why not provide time to conduct a thorough community outreach process? Why only give directors 3 days to submit rushed proposals of major cuts and community impacts instead of sufficient time to do a proper analysis?

HERE IS WHY: Rick Cole has expanded powers and authority under the local emergency proclamation, and is able to make budgetary decisions and implement laws without the usual due process. The City can also layoff a large percentage of City staff who provide these services and keep our beach and parks beautiful, without giving them proper notice and without any regard for their livelihood."

The petition may be seen in full at

As of today it has over 2000 signatures.