California to Give Disaster Relief to Undocumented Residents or "Illegal Aliens" 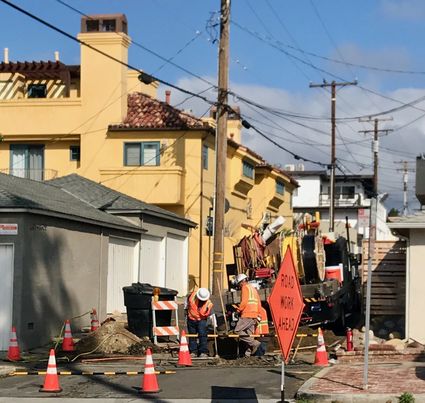 Newsom announced a plan to give $125 million in direct disaster relief to the undocumented aliens living in the state, saying they are "the backbone of our economy."

At his press conference today, April 15, California Governor Gavin Newsom announced a plan to give $125 million in direct disaster relief to the undocumented aliens living in the state. $75 million of the fund comes from government coffers, and the other $50 million is being donated by various philanthropic entities.

Prefacing his announcement of the aid, Newsom pointed out that half of the children living in the state have at least one immigrant parent, though he did not point out how many of those immigrants are here illegally. He went on to claim that ten percent of the California workforce is undocumented. He said undocumented workers are greatly overrepresented in fields now considered essential: health care, agriculture and food, construction, and manufacturing and logistics.

It is a violation of federal law to employ someone who is in the country illegally. Yet employers in essential fields apparently do so in California with complete impunity.

Newsom decried the fact that these essential workers will not be able to benefit from any of the state and federal programs that have been set up so far, the $2 billion "stimulus" bill passed by the U.S Congress or from various state programs. He neglected to add that they cannot benefit because they do not pay federal income tax. Instead, Newsom claimed that these undocumented workers pay $2.5 billion in state and local taxes, presumably via sales and possibly other miscellaneous taxes. Professing a "deep sense of gratitude toward people who are in fear of deportation but are still addressing the needs of tens of millions of Californian," Newsom announced the fund that will give direct assistance to the undocumented in a similar fashion to the one-time checks that will be coming to federal tax filers.

It is unclear why people Newsom claims are essential workers, and who are therefore still employed, need disaster relief.

In the same press conference, Newsom described a program to help independent contractors, a group 1.5 million strong that truly has been left out of assistance that is being given to the unemployed and to small businesses. The Pandemic Unemployment Assistance program will launch April 28, using federal money. It will serve those who are independent contractors, those whose wage data is insufficient to collect unemployment, and those who have exhausted their unemployment insurance. Newsom assured any who apply to this program that their employment classification status will not be impacted if they apply. He referred to AB5, otherwise known as the Gig Economy Law, which prohibits many professions from hiring themselves as independent contractors and forces them to be made into employees.

The previous day, Newsom had unveiled a plan to begin reopening the economy, based on data from expanded testing and continued social distancing. However, after a day with the highest deaths in the state, Newsom made sure to clarify that we're "not there yet" regarding the easing of the current stay-at-home orders. "We're not out of the woods," he said in response to a question about the need for the temporary field hospitals that have been erected.