A New Santa Monica : Deep Budget Cuts are Inevitable, And Not Just Because of Covid-19

City Eliminates 337 staff positions; 126 are early retirees. The rest are layoffs. Will This Be Enough? 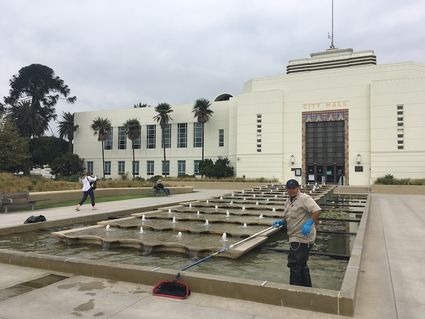 No matter what you think about how the City Council acted Tuesday night to address a potential $224 million deficit over the next two years, you have to feel pain. Not even pain for anybody in particular, just in general. Because what a City press released called "what may be remembered as the hardest City Council meeting in the City's history" was confirmation we are a community in pain. Deep cuts like these are happening or will soon happen all over the world. But these particular deep cuts are happening in our community, and we cannot escape them.

These deep cuts mean 337 staff positions being eliminated. Of those, 126 are people who chose to retire early. But all the rest are layoffs. That means more than 200 people soon to be without jobs, and their families needing to make tough choices. They join many others in the private sector who have already lost their jobs, raising the unemployment level to an unimaginable number. This city is likely never to be the same again. We're in a New Santa Monica.

Mayor Kevin McKeown said after the meeting that he "never could have imagined the devastation wrought by first the pandemic and then the economic consequences." He added, "Every Santa Monican feels the pain of shared sacrifices, but this may be the only way we'll eventually recover...Details may be divisive, but the common theme of how much we all care about Santa Monica came through loud and clear. Together, we will get through this. Right now, I know it hurts, but together we'll rebuild a healthy and resilient Santa Monica we can all be proud of."

Six council members approved the layoffs in the final phase of a nearly eight-hour meeting done entirely electronically with council members sitting in their homes and more than 100 residents calling in to save a program here and a funding source there. Everybody had a compelling story. It was difficult to watch, especially because there were so many inevitable technical errors to a level of comedy, and I feared I might laugh at one of the most depressing things I've ever watched on television.

Among the changes with the layoffs are the elimination and merging of various departments, a vacant spot removed from the Police Department (no layoffs), reduction in out-of-school time programming at school and park sites, reduced funding for rental housing vouchers, and some City boards suspended "to allow time for assessment purpose." And also lots of stuff will be closed or open for a shorter amount of time. And who knows how long anything that can be open will remain open if the virus stays put or strengthens.

I am a former Santa Monica resident who recently became a Santa Monica resident for a second and definitely final time. I'm not disappointed I took a hiatus, but now I know this is where I'm meant to be. For now, I'd like to stay anonymous so that I can write freely. I may reveal myself in future columns, although it wouldn't matter much since most of you don't know me.

This column will include my observations of the Santa Monica that I love and the changes it is going through. It may be about politics, it may not be. I may include some interviews, or I may include just my observations. I may even touch on how this connections to universal issues. I encourage you to contact me with ideas. As is popular to say these days, "we're all in this together." 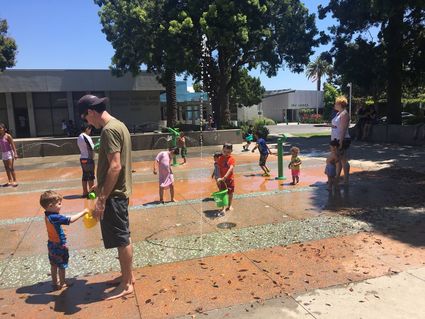 Kids playing in the Fountain at Clover Park in 2019

The We Are Santa Monica Fund is supporting those in need during a scary time. Learn more at santamonica.gov/coronavirus-volunteer.