Fences have prevented people from using the park since March 20th 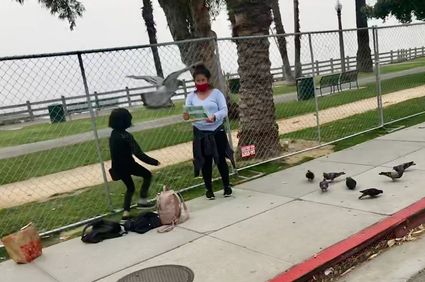 A mother and child in masks feed birds in front of a closed Palisades Park on May 8, 2020.

The City of Santa Monica will remove the fences around Palisades park on Thursday, May 13. This according to City Council member Ted Winterer, speaking at the Ocean Park Association Meeting Wednesday. 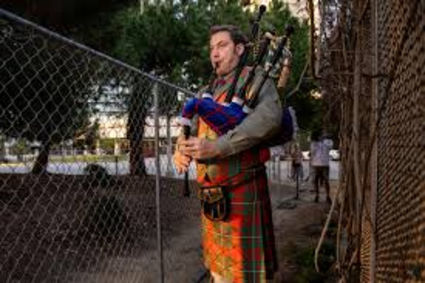 While the park and beaches are open, the beach parking lots will remain closed. As of now, preferential and permit parking violations are not being enforced, because of the "Safer at Home" orders in LA County. Mayor Ted McKeown said the city is discussing whether to restart enforcement on Friday. The Observer will update our readers when the city makes that decision.

Palisades Park was shut down after throngs of people continued to crowd the narrow walkways, in violation of social distancing rules. The city decided the only way to control the crowds was to erect a fence, to close it off.

While many locals were saddened by it, there is one bright spot. Every night at sunset, a lone bagpiper shows up and plays "Amazing Grace." Andrew McGregor, a Santa Monica resident, plays out the day at Inspiration Point, and has become an inspiration to all who have had the privilege of hearing him.